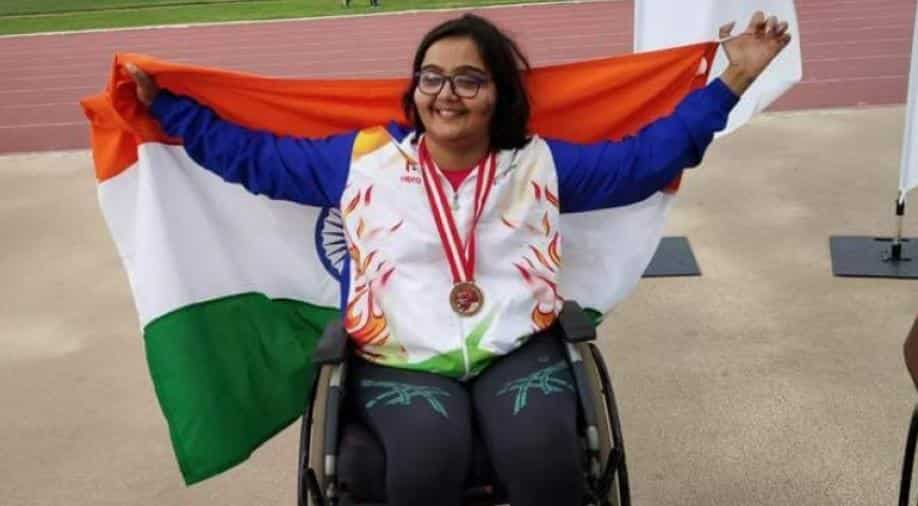 India was placed ninth in the overall tally.

India recorded its best-ever showing in the Asian Para Games by bagging 72 medals, including 15 gold, with the shuttlers adding two yellow metals and three bronze on the concluding day of competitions here Saturday.

With 15 gold, 24 silver and 33 bronze medals, India was placed ninth in the overall tally.

All of India's five medals on Saturday came from badminton.

It’s amazing to see our para athletes not only create a new medal record but by a distance. The 67 are more than double the previous record.
This #AsianParaGames has been fantastic for India!👏🏻
So proud of each one of them who has contributed to this glory!🇮🇳 #SAI #KheloIndia pic.twitter.com/xpNEDGP6Cc

Athletes in the SL3 category generally have impairment in one or both lower limbs and poor walking or running balance. Athletes with cerebral palsy, bilateral polio or loss of both legs below the knee compete in half-court (lenghtwise) to minimise the impact of their impairment.

Tarun added another gold for India on the final day of the event by beating Yuyang Gao of China 21-16 21-6 in the men's singles SL4 class.

The SL4 class athletes have a lesser impairment compared to SL 3 and play full-court. Players with impairment in one or both lower limbs, unilateral polio or mild cerebral palsy fall in the SL4 category.

Para-athletics gave India half of the medals (36) with seven gold, 13 silver and 16 bronze. Badminton and chess contributed nine medals each while para-swimming gave eight medals.

No IPL, no salary concerns for franchises; domestic players will also be affected, says ICA chief