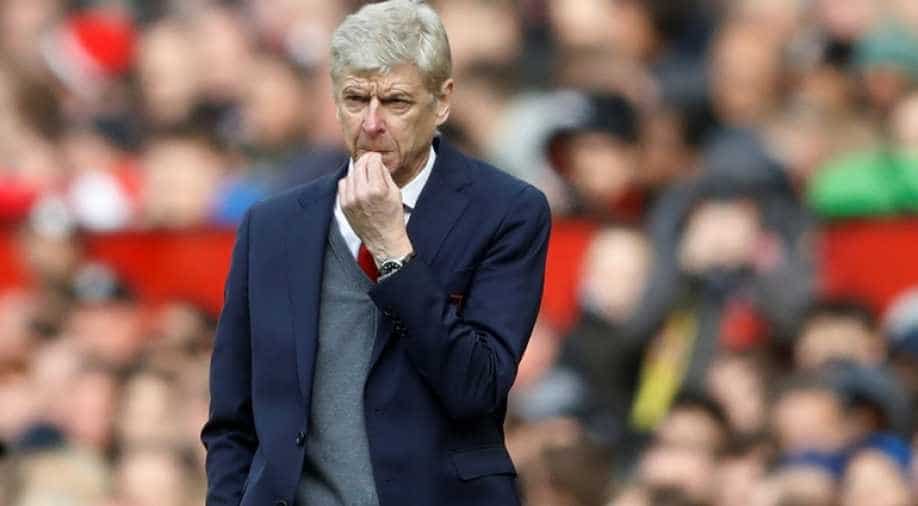 An emotional Arsene Wenger said farewell to Arsenal and probably England on Sunday after playing down the prospect of managing another club in the Premier League.

Wenger watched his team beat Huddersfield Town 1-0 in their final game of the season and his last match in charge after nearly 22 years at the North London club.

The 68-year-old Frenchman reflected on his "human experiences" in his time at Arsenal on a day of mixed emotions, while he also spoke about his enjoyment of England and its football culture.

Yet when the prospect of managing another Premier League club against Arsenal was raised, Wenger said that scenario was unlikely.

"I am not ready for that at the moment, that would be very difficult. I think on that day I would stay at home. I don’t know, at the moment, I don’t envisage that," he said.

Wenger confirmed that he had already received approaches to manage other clubs but had not yet explored those options.

"Yes I had offers, of course, but at the moment I did not even speak to anybody of the many offers," he said. "You cannot come out of such a long process and the next morning say 'yes, I go somewhere else', it is impossible."

But when the question of whether he will manage in England again was posed, Wenger said: "I don’t know. Maybe it is better I go somewhere else."

Wenger said he had fallen in love with England, which added to the impression that the Frenchman was saying goodbye to his adopted home, as well as his club.

"I feel that I got a lot of respect not only from our fans but from England," he said.

"I would reiterate - I loved English football but as well I learned to love England over 22 years.

"You don’t stay in a country like that if you don’t like it. It is a special country and special even for football, that is why I stayed such a long time," he added.

"It has changed me a lot - it is difficult to understand, when you don’t live in this country, how deep the love is for the game. It was a fantastic experience for me."

Whatever he does next, Wenger said it will be difficult to match the emotions he has experienced with Arsenal.

"Where do I go from here? That is the difficulty, when you have experienced such intensity for such a long time," he said. "It will be difficult. (But) even not managing the club, I will remain a fan of the club."

IND vs AUS: Mahela Jayawardene makes a bold prediction ahead of Border-Gavaskar series