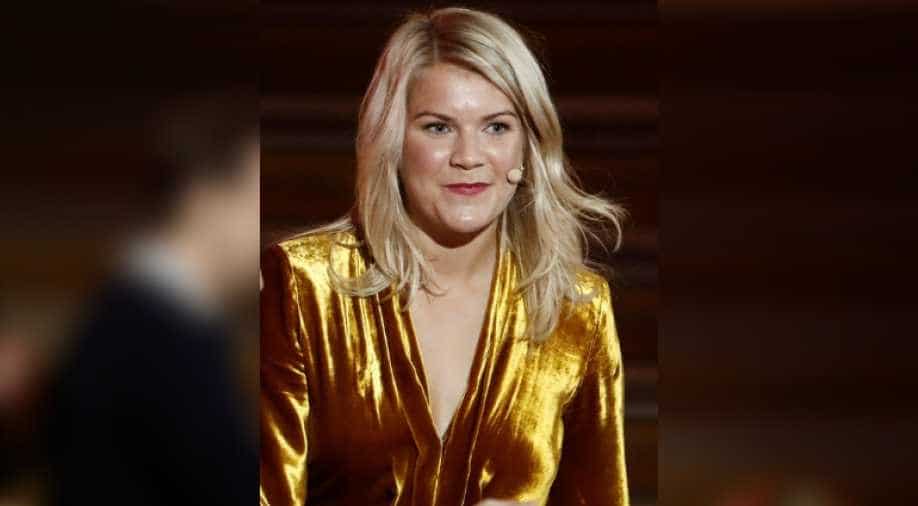 Hegerberg is not currently involved in international football due to a dispute with her home federation about how women's football is treated in Norway.

Football federations must do better in giving the same opportunities and treatment to female players as they do to their male counterparts, Olympique Lyonnais and Norway striker Ada Hegerberg says.

Hegerberg became the inaugural winner of the female Ballon d'Or award earlier this month but is not currently involved in international football due to a dispute with her home federation about how women's football is treated in Norway.

In her absence, Norway have qualified for next year's Women's World Cup in France. However, it does not look as if Hegerberg will be at the biggest tournament in the sport as she pointed out the difference in how she is treated at club level to the international stage.

"The male players are treated as our colleagues (at Lyon)," she told the Players Tribune website.

"It’s that simple. Isn’t that the way it should be everywhere? Every female player deserves the same opportunity to develop. There’s so much talent out there all over the world that deserves a chance to shine.

"Football federations, are you listening? We can do better."

Hegerberg has scored 38 goals for Norway but has not played since the team crashed out of the group stage at the European Championships in 2017 without netting once.

Following her award win in Paris, she said several changes would need to be made in Norwegian football for her to return without expanding on what those would be.

Hegerberg's moment of receiving the Ballon d'Or was tarnished when awards co-host DJ Martin Solveig asked her to 'twerk' with the trophy.

The 23-year-old, who helped lead Lyon win the double last season including scoring a record 15 goals in the club's succesful Women's Champions League campaign, looked embarrassed and answered "no" before walking off stage. Solveig later apologised for his comments.

The moment was a disappointing distraction for a seminal moment in women's football. However, Hegerberg said it did not tarnish her enjoyment or appreciation of the occasion.

"What an incredible, beautiful moment. I will not let it be ruined by a stupid joke from a presenter. It didn’t ruin it in the moment. It does not ruin it in my memory."

The three-times Champions League winner said that an awkward moment actually came from not initially knowing what to do with the trophy, putting it beneath her seat before it was looked after by Brazilian World Cup winner Roberto Carlos.