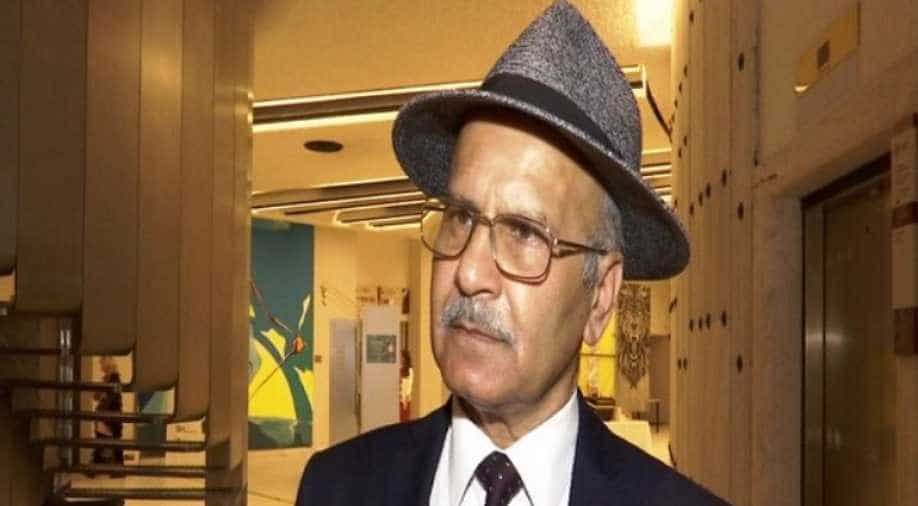 Since the withdrawal of the special status of Jammu and Kashmir, Pakistan has intensified its tactic to create division and provoke Kashmiris on the basis of religion.

Dr Shabir Choudhry, a writer and an activist from Pakistan-occupied Kashmir (PoK), on Monday accused Pakistan of deceiving Kashmiri people by creating a division in the name of religion.

He said Islamabad is using PoK territory for nurturing terrorist outfits, which are being used as proxies against India.

Since the withdrawal of the special status of Jammu and Kashmir, Pakistan has intensified its tactic to create division and provoke Kashmiris on the basis of religion.

"The major problem of Pakistani establishment is that they want to find justification for the division of India in the name of religion. Now, people ask them as if your vision of two-nation theory on the basis of religion is so strong then why Bangladesh was created," said Dr Shabir.

"Why people in Balochistan are seeking independence? In Federally Administered Tribal Areas (FATA) and Sindh, people are asking for independence. Pakistan wants to make Jammu and Kashmir dispute as a religious issue. They are fooling and motivating people in the name of religion," the writer, activist added.

Shabir also called Pakistan a failed democracy where the Army always projects itself as 'supreme'.

"Anybody who opposes or criticises Pakistan is called a 'traitor'. It is in Pakistan's culture as they called (Muhammad Ali) Jinnah a traitor. When Fatima Jinnah fought an election against Dr Ayub Khan, she was termed an Indian agent. Nawaz Sharif, who is three times Prime Minister of Pakistan, is also labelled as India's agent. There's a long list," he said.

"Anybody who disagrees with the views of the establishment and the government is an Indian agent. In that kind of environment, our survival is very difficult," Choudhry added.

The Neelum-Jhelum Hydropower plant, which has been designed to divert water from the Neelum River to a power station on the Jhelum River, has faced a wider criticism by the people of Muzaffarabad city.

The project raised several environmental and economic challenges for the indigenous people. Neelum-Jhelum Hydropower plant is one among several projects which Pakistan has launched in PoK but it only benefits Pakistani provinces and not the residents in the occupied territory.

Shabir further said, "If you see old electric bills, the government used to charge over Rs 20 from each household depending on its areas from the local residents in the name of construction of a dam.

They are using our resources and also ask users to pay money for the construction, whereas it directly benefits Pakistan. We have got nothing."

He added, "The flow of the river has been diverted and we have been facing environmental and health issues. The dried river has turned into sewerage and a place for garbage dumping. In future, there will be having numerous issues, which will force locals to migrate, many of them into Pakistan. If they are so concerned about us, they won't have done this."

Despite Islamabad's attempts to gain sympathy of Kashmiris, massive anti-Pakistan and pro-freedom protests are going on in Muzaffarabad and other parts of PoK. This anger clearly shows a growing mistrust among the people of PoK and Gilgit Baltistan against Pakistan`s malicious designs, he added.