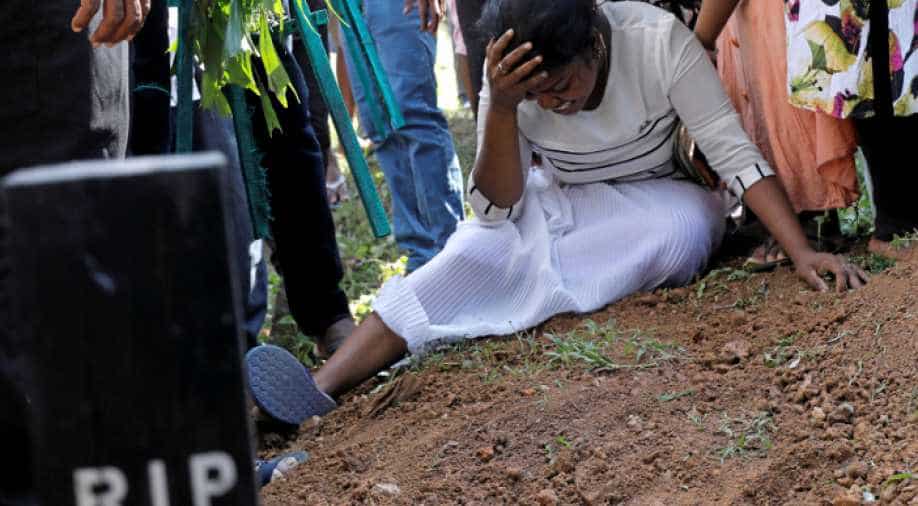 During a court hearing on Tuesday, Muath's 59-year-old father Ahmed Lebbe Alawddin informed Chief Magistrate Lanka Jayaratne that the bomber was the fourth of his five children. He was about to be enrolled into the Colombo Law College to further his law studies.

The wife of a Sri Lankan suicide bomber, who blew himself up at the St Anthony's Church, delivered their first baby two weeks after the deadly Easter Sunday attacks that killed more than 250 people including the attackers, the Colombo magistrate's court has been told.

Alawddin Ahmed Muath, the 22-year-old law graduate, was one of the nine suicide bombers who carried out a series of coordinated attacks on three churches and three luxury hotels on the Easter Sunday.

During a court hearing on Tuesday, Muath's 59-year-old father Ahmed Lebbe Alawddin informed Chief Magistrate Lanka Jayaratne that the bomber was the fourth of his five children. He was about to be enrolled into the Colombo Law College to further his law studies.

Muath got married 14 months ago and his wife delivered their first baby on May 5, he told the judge.

Alawddin said that he last saw his son on April 14 when he visited his elder sister after the delivery of her first baby on April 13.

On the day of the attacks, Muath's wife had called his eldest brother to find out if he had visited parents house.

Alawddin informed the court that he identified his son by the remains of his head. He said that he had arranged to send Rs 30,000 for the expenses of his son every month.

Muath's mother said that he was not employed but had been married to a woman in Sainthamaruthu.

One of Muath's brothers-in-law said that he had written a note to the husband of one of his sisters which said, "please do not look out for me, I will not be coming hereafter. Please look after parents well and pray for me". The note was only found after his death.

Meanwhile, two brothers of the bomber were taken into custody by the Criminal Investigations Department upon detention orders issued by court.