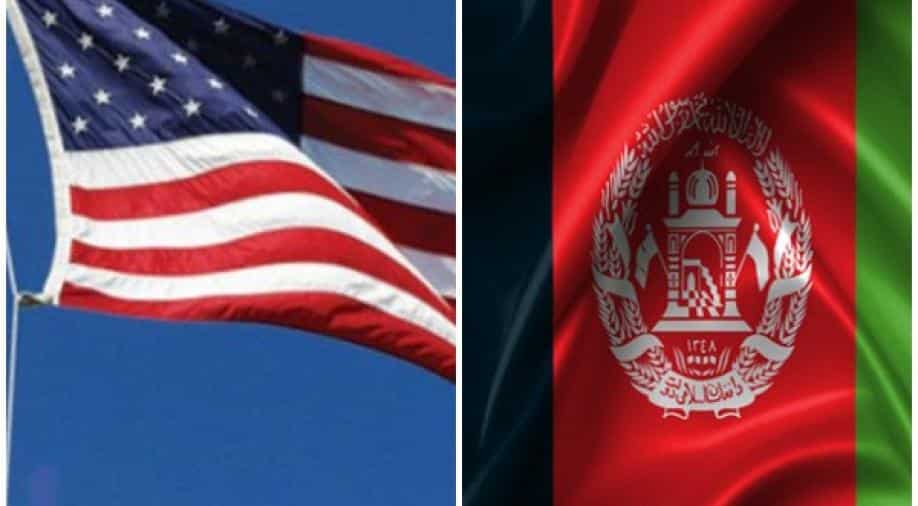 Over the past two days, Mohib at various public forums during an appearance at a Washington DC-based think-tank and in an interaction with reporters described the US's talks with the Taliban as surrender discussion.

In an unusual move, the United States summoned Afghan National Security Advisor Hamdullah Mohib hours after he blasted Special US Representative Zalmay Khalilzad for bypassing the elected government of Afghanistan in their direct peace talks with the Taliban.

Over the past two days, Mohib at various public forums during an appearance at a Washington DC-based think-tank and in an interaction with reporters described the US's talks with the Taliban as surrender discussion.

He alleged Khalilzad was keeping the "duly elected" Afghan government in dark and that in the latest round of talks in Doha, they were humiliated and made to wait in a hotel lobby.

"We don't know what's going on. We don't have the kind of transparency that we should have," Mohib told reporters at a news conference on Thursday.

He claimed the Afghan government was getting the information in bits and pieces.

"The last people to find out (about the peace talks) are us," Mohib claimed.

He alleged the Afghan-born US diplomat Khalilzad has personal ambition in Afghanistan.

"The perception in Afghanistan and people in the government think that perhaps all of this talk is to create a caretaker government of which he will then become the viceroy," Mohib alleged.

But Palladino said Under Secretary Hale in his meeting with the Afghan NSA "underscored" the "longstanding" US assistance and support to Afghanistan.

"He also reminded National Security Advisor Mohib that Special Representative Khalilzad represents the Secretary, and that attacks on Ambassador Khalilzad are attacks on the Department and only serve to hinder the bilateral relationship and the peace process," Palladino said in a strongly worded statement.

It is rare that a visiting NSA is summoned by the US State Department in this manner.

Palladino also said that the US was displeased with Mohib's remarks.

Husain Haqqani, a former Pakistani ambassador to the US who is now at the Hudson Institute think-tank, criticised the State Department for such a treatment to Mohib.

"Such arrogance! Not expected of US diplomats. More suited to the erstwhile Soviet Union or China," he said.

"Support for" Afghan peace "could have been asserted without such language," said Haqqani.

It was at the Hudson Institute on Wednesday that Mohib launched his blistering attack on Khalilzad.

Mohib said while the democratically elected Afghan government has been kept out of the peace talks, Islamabad was well aware of the developments happening at the talks in Doha.

"The patron (Pakistan foreign minister) tweets and says there was progress in Doha. Were they there? What is the relationship of the Taliban with Pakistan? I have to say it, spell it out," he said.

"What is the relationship (between the Taliban and Pakistan)? Has anybody asked and what does it mean? What will be the end of that relationship? Will peace in Afghanistan mean Pakistan no longer using proxies for their political objectives and terrorists. Will the UN raise that question of what the policy or non-state actors," Mohib asked.

There will be no peace unless Pakistan stops supporting "non-state actors", he said.

"Imagine these discussions were successful. What would be Pakistan's objective? What would it be for the Pakistani military? What would be the incentives for them? The incentive for them is they've just defeated the United States [and] all of its coalition partners," he said.

"It (Pakistan) has the incentive to continue to sponsor and support its policy of Islamic extremist. That is the best weapon they have and they will continue to use it at the cost of all Muslims," Mohib said.

"If we don't hold Pakistan responsible for the use of their non-state actors and terrorists here, you will not be able to hold them back anywhere else," said the Afghan NSA.

On Thursday, he alleged Khalilzad was trying to delegitimize the Afghan government.

"The reason he is delegitimizing the Afghan government and weakening it, and at the same time elevating the Taliban can only have one approach. It's definitely not for peace."

"He is not reconciling, he's alienating", Mohib alleged, "to become the viceroy."