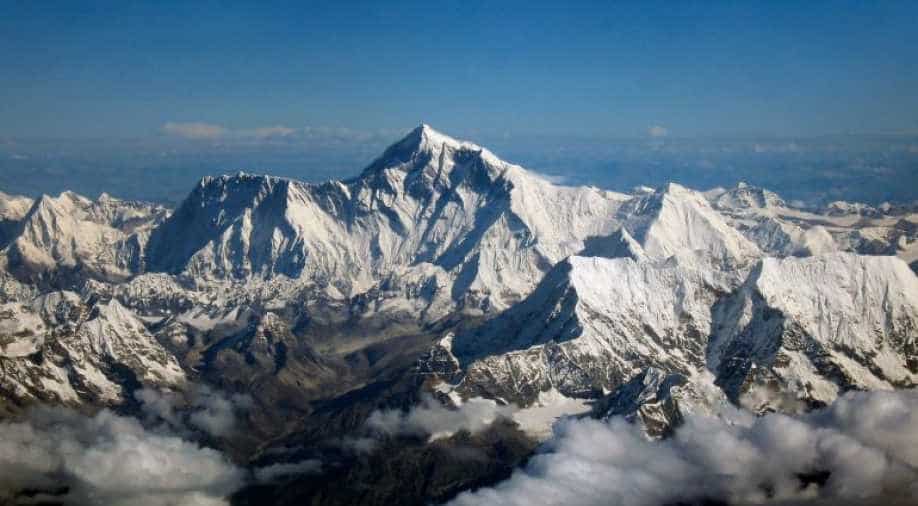 A total of 3,000 kg of solid waste has been collected from the Mount Everest region since the beginning of the Nepal government-backed Sagarmatha Cleaning Campaign on April 14, a leading daily of the Himalayan country has said.

The Himalayan Times quoted Dandu Raj Ghimire, Director General of Department of Tourism, as saying that of the total garbage collected so far, 2,000 kg has been sent to Okhaldhunga while 1,000 kg has been brought to Kathmandu using Nepali Army helicopters for disposal.

"Our team has now reached the Everest Base Camp for the cleaning campaign. All the necessary things including food, water and shelter have already been arranged there," Ghimire said.

The department estimates that around 23 million Nepalese rupees will be spent on the campaign.

Decades of commercial mountaineering have turned Mount Everest into the world's highest rubbish dump as an increasing number of big-spending mountaineers pay little attention to the ugly footprint they leave behind.

"We take pride in Mount Everest but we are often accused of not being able to clean it... we have now come together to clean the mountain," Ghimire had said when the Sagarmatha campaign was launched.

Over 4,000 people have climbed Everest so far, and last year saw a record 807 climbers reach the summit.

Melting glaciers caused by global warming are exposing bodies and trash that have accumulated on the mountain since Edmund Hillary and Tenzing Norgay made the first successful summit 66 years ago.

Environmentalists are also concerned that the pollution on Everest is also affecting water sources down in the valley.