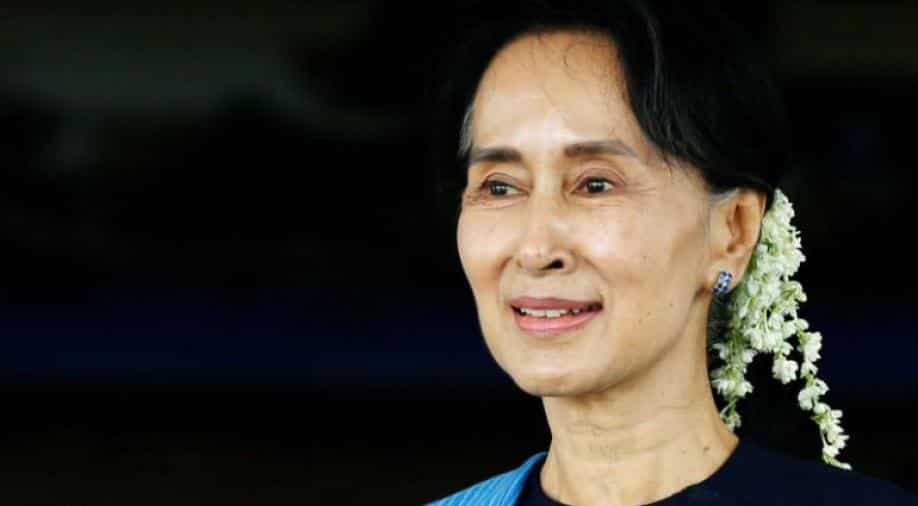 Myanmar leader Aung San Suu Kyi is due to attend the November 11-15 Singapore meeting, and Malaysian Prime Minister Mahathir Mohamad, a doyen of the group, has served notice he has lost faith in the Nobel peace laureate because of the Rohingya issue.

The customary cordiality of Southeast Asian summits may be missing when the region's leaders meet next week due to sharp differences over Myanmar, whose military has been accused of genocide against the country's Rohingya Muslim minority.

Myanmar leader Aung San Suu Kyi is due to attend the November 11-15 Singapore meeting, and Malaysian Prime Minister Mahathir Mohamad, a doyen of the group, has served notice he has lost faith in the Nobel peace laureate because of the Rohingya issue.

"We have made it quite clear we don't really support her any more," Mahathir said in an interview with Turkish news channel TRT World just over a month ago.

"Our policy in ASEAN is non-interference in the internal affairs of the countries, but this is ... grossly unjust," he said, referring to the 10-member Association of Southeast Asian Nations.

The Rohingya crisis is one of the biggest man-made disasters involving a member since ASEAN was founded in 1967, and it is one of the thorniest issues yet faced by a group that traditionally works by consensus.

Many diplomats and rights activists say ASEAN's credibility is at risk if it fails to tackle the matter head-on.

A UN report in August detailed mass killings and gang rapes with genocidal intent in a military crackdown that began in 2017 and drove hundreds of thousands of Rohingya from Myanmar's Rakhine state into neighbouring Bangladesh.

Outrage over what the United Nations branded "ethnic cleansing" has brought demands from Western nations for criminal charges and sanctions.

"ASEAN credibility and its international standing would be severely tarnished if ASEAN remains indifferent to the Rakhine crisis," said Kavi Chongkittavorn, a former special assistant to the ASEAN secretary-general and a veteran Thai journalist who has worked in Myanmar.

The Rohingya issue comes at an important juncture for a region pushing for more economic integration in response to rising protectionism and a trade dispute between the United States and China.

ASEAN's Muslim-majority members - Malaysia, Indonesia and Brunei - tend to take the toughest line on the Rohingya question, while Myanmar has close regional allies in Cambodia, Laos and Vietnam. Under military control in recent years, Thailand has also provided cover for Myanmar.

In remarks delivered alongside Suu Kyi at a forum in Hanoi in September, Cambodian Prime Minister Hun Sen said countries outside Indochina were too critical of politics in the region and questioned whether they understood Myanmar.

Richard Horsey, a former UN diplomat in Myanmar and a political analyst based in Yangon, said leaders from outside the region who will attend the meetings in Singapore will be asking difficult questions about Myanmar.

"Beyond this uncomfortable scrutiny, and possible distraction from other ASEAN priorities, some ASEAN elders also worry about the risk of the group polarising along religious lines," Horsey said.

Singapore will deliver the chairman's remarks next week so its role in the tone that ASEAN strikes will be pivotal.

A source close to pre-summit discussions, speaking on condition of anonymity, said Singapore is leaning towards a stronger stance because it is the most internationally engaged member of ASEAN and feels the responsibility as host to protect its credibility.

Asked for comment, Singapore's Foreign Ministry said ASEAN leaders are expected to discuss the situation in Rakhine state when they meet next week and, as chair, Singapore supported discussions on the matter.

"However, ultimately, it is the responsibility of the Myanmar government and the relevant stakeholders to reach a comprehensive, viable and durable political solution to this situation," a spokeswoman said in an email response to Reuters.

Earlier this year, Singapore Minister for Foreign Affairs Vivian Balakrishnan said the group had urged Myanmar to give a full mandate to a commission of inquiry to hold accountable those responsible for the crisis in Rakhine state.

That was a toughening of rhetoric that had previously focused on repatriation of displaced persons to Myanmar and reconciliation among communities.

"The shift in language, especially the recent calls for more accountability, reflect to a certain extent that ASEAN views the Myanmar issue as an indicator of its own 'accountability' in dealing with a recalcitrant member," said Moe Thuzar, a lead researcher at Singapore's Institute of Southeast Asian Studies who specialises in ASEAN and Myanmar issues.

A government source in Thailand, which takes over as chair of ASEAN next year, also said the group's credibility was at stake, especially after the UN report on the Rohingya crisis. A third source close to the discussions said the issue "is a problem and we know it is a problem."

Myo Nyunt, spokesman for Suu Kyi's National League for Democracy, said Myanmar would explain the situation at the summit.

"We accept there are different views, but we have to make decisions for further plans based on the real situation of our country. I want them to understand that there are some parts we cannot handle," he said.

Suu Kyi has previously said her civilian government should not bear all responsibility for the crisis because the military retains a powerful political role under the constitution.