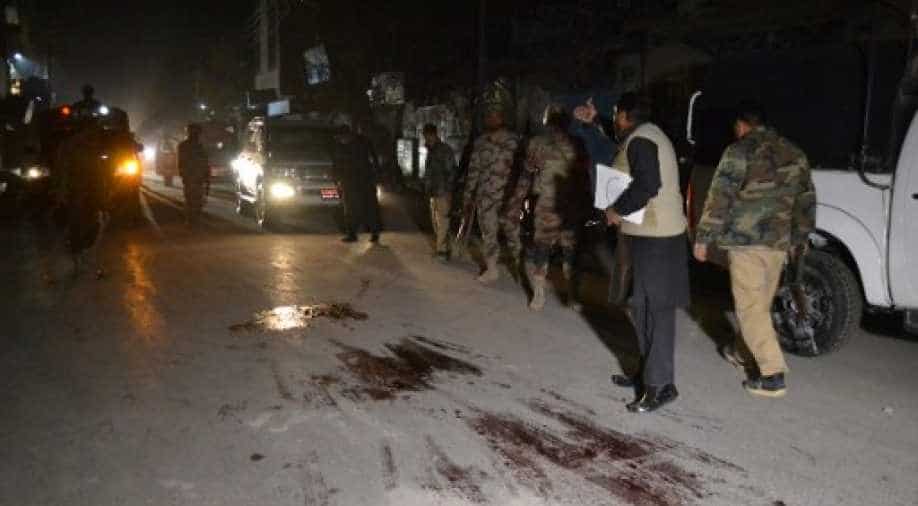 Pakistani policement inspect the scene of the shooting in Quetta. Photograph:( AFP )

Four Pakistani security personnel were killed in a militant attack in Pakistan's southwestern city of Quetta, Balochistan, on Saturday.

"Three paramilitary soldiers and one policeman have been killed while a passerby has been injured in an attack on the paramilitary troops," local police official Syed Zahid Hussain told AFP.

Al-Alami faction of the Lashkar-e-Jhangvi (LeJ) group, which has links with the Middle East-based jihadist organisation Islamic State, has claimed responsibility for the attack.

The group had said it had worked with IS last month to carry out the deadliest attack on a Pakistani military installation, which had left 61 people dead.

Mineral-rich Balochistan province, of which Quetta is capital, has been plagued for decades by a separatist insurgency and sectarian killings.

In August, a suicide bombing at a Quetta hospital claimed by the Islamic State group and the Jamaat-ul-Ahrar wing of the Pakistani Taliban killed 73 people, including many of the city's lawyer community who had gone there to mourn the fatal shooting of a colleague.