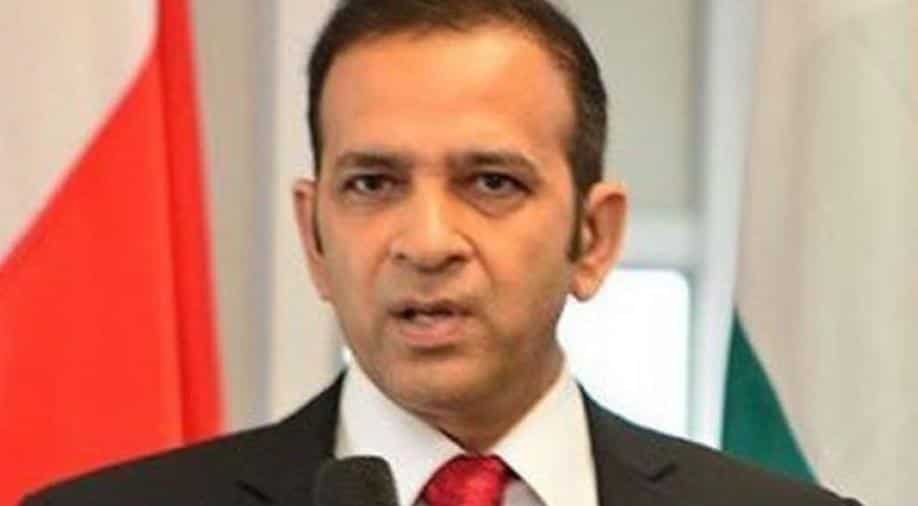 Amidst the chill in bilateral ties, Pakistan cancelled at the last minute Indian envoy Ajay Bisaria's scheduled lecture at a training institute here for not taking prior permission from the Foreign Office, according to sources.

An official privy to the development told PTI on Friday that Indian High Commissioner Bisaria was invited by the National School of Public Policy (NSPP) to deliver a lecture on Thursday.

The institution that imparts training to civil servants invites academicians, professionals and dignitaries for guest lectures on a regular basis.

"The NSPP Lahore had invited Mr Bisaria for the guest lecture for October 4 but the Indian High Commission was informed that his lecture has been cancelled. The commission will be informed on re-scheduling of his lecture," he said.

Sources further informed that the NSPP management had to cancel Bisaria's lecture after receiving orders from the top.

"The management was told that in case of inviting any ambassador for a guest lecture, at least permission is required from the Foreign Office,? he said.

Pakistan yesterday said that the opening of the Kartarpur border crossing for Sikh pilgrims was linked with the start of dialogue between India and Pakistan.