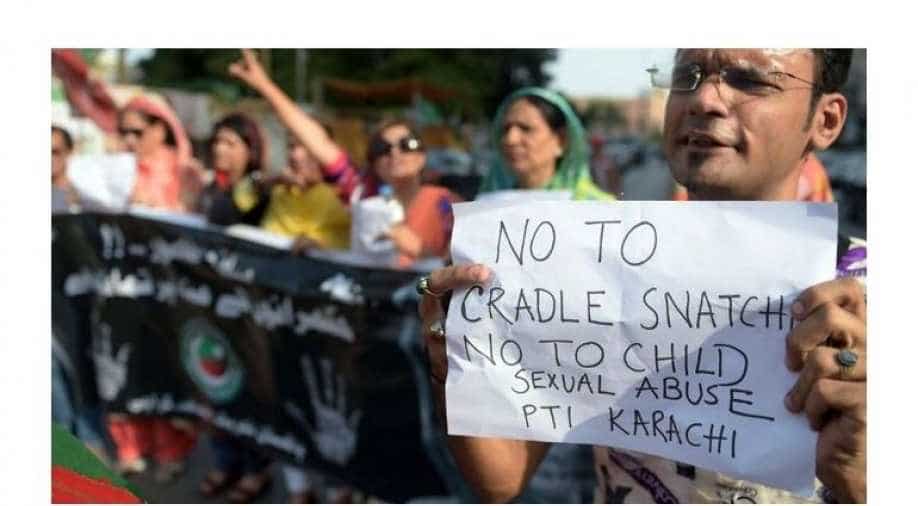 After the Chunian incident, the victims of child abuse in Pakistan have started raising their voices with the hope of seeking justice and unmasking the pedophiles.

Two more incidents of child abuse have been reported from Kasur's Pattoki Tehsil this week.

After the Chunian incident, the victims of child abuse in Pakistan have started raising their voices with the hope of seeking justice and unmasking the pedophiles.

Pattoki City police on Tuesday lodged a case of child molestation against a suspect, who was part of a five-member racket busted in another case of sexual abuse, Dawn News reported.

In the recently lodged complaint, the victim has accused the suspect of inviting him to a rented house in Naroki Majha village to celebrate his birthday and abusing him there. The accused belonged to a sensitive agency and was part of the five-member gang involved in such crime. The crime came to fore after the victim told his father about his ordeal when the suspect tried to blackmail him again with his objectionable pictures and videos.

Earlier on Monday, the police had busted the five-member pedophile racket for its involvement in abuse of a student of the third year for the last three years.

According to the first information report (FIR) lodged on Monday, the suspects had abused and blackmailed the boy for years through his objectionable pictures and videos.

The police claim to have recovered the pictures and videos from the suspects.

Police claimed that the racket would abuse the boys belonging to the age group of 10 to 20 years and blackmail them through pictures and videos.

Police Superintendent Mirza Quddus Baig told Dawn that they have not yet taken the two suspects belonging to the agencies in their custody.

"We would follow the due procedure and write to the sensitive agency to demand custody of the suspects for investigation," said Baig, adding that every suspect would be treated as per law.