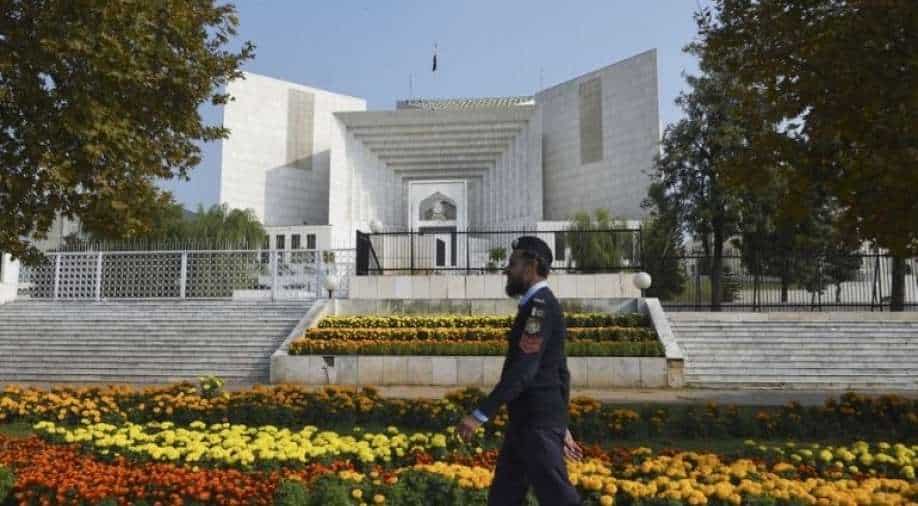 Pakistan’s top court on Monday ruled that the Senate elections on Wednesday would be held through a secret ballot, amid a raging controversy among the government and Opposition parties about allowing an open vote to avoid corruption.

The five-member bench of the Supreme Court issued the 4-1 verdict on the presidential reference filed in December last year about holding the election of the upper house through an open ballot to avoid use of money in the polls.

The court stated that elections of the upper house of Parliament are held under the article 226 of the Constitution of Pakistan, which upholds the secrecy of ballot.

The apex court has directed the Election Commission of Pakistan (ECP) to use latest technologies to stop corrupt practices and said that all institutions should assist ECP in holding the elections.

“It is the responsibility of the ECP to endure transparency of the elections,” the court ruled.

The court on Thursday reserved its opinion over the presidential reference on mode of balloting in the Senate election.

The federal government had filed the presidential reference seeking opinion as to whether the Senate elections will be held under Article 226 of the Constitution or under the Election Act 2017.

The government has already promulgated a presidential ordinance, allowing open ballot in the Senate elections, but its enforcement was linked to the opinion of the Supreme Court and it would now become null and void.

The elections of senate are scheduled to be held on March 3 and tough competition expected between the ruling Pakistan Tehreek-I-Insaf led by Prime Minister Imran Khan and the Opposition parties.

A total of 52 senators in the 104-member upper house will retire on March 11 on completion of their six-year term. They will also include four of the eight senators from the erstwhile Federally Adminis­tered Tribal Areas (FATA). Since the areas have been merged with Khyber-Pakhtunkhwa, they will not be reelected and the Senate strength will shrink to 100.

The election for the Senate will be held as the country is torn apart by differences between the government and the Opposition whether to allow open ballot paper to avoid use of money.

The problem stems from the system of election as senators are elected by the respective provincial assemblies on the basis of proportional representation. For example, in Balochistan a candidate may need just seven votes to become a senator.

A few days back, a video surfaced showing some members of Khyber-Pakhtunkhwa provincial assembly allegedly being bribed to vote against their Pakistan Tehreek-i-Insaf (PTI) party in 2018 elections. Then PTI chief Khan had expelled about 20 lawmakers for voting against the party line.