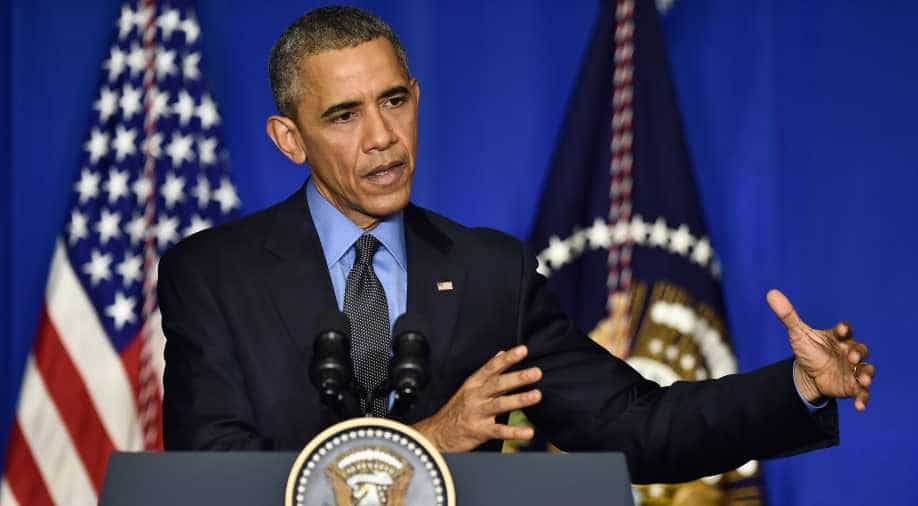 According to White House figures, Obama?s administration has cut US carbon emissions by 9 per cent since he took office in 2009. In the same period, the US economy grew by more than 10 per cent. Photograph:( Getty )

One week before Barack Obama leaves the White House, the debate about his foreign policy legacy is already in full swing. Analysts in Washington, D.C. say his strategy towards South Asia is a mix of successes and failures. The key pillar of his approach to the entire region has been developing the relationship between India and the US.

These deeper ties are reflected in the strong personal relationship between Obama and India’s Prime Minister, Narendra Modi.

It’s going to be very difficult for the US and India to get to that point where they talk about a genuine strategic partnership if the US continues on having a workable relationship with Pakistan, particularly with the Pakistani security establishment

“It is true that Obama and I have a special friendship, a special wavelength,” Modi told The Wall Street Journal in May 2016. Asia analysts say the motivation behind these deeper ties is to position India as a counterbalance against the region’s other key power.

“I think there’s a very strong desire on the part of the Obama administration to look to India as a key partner in Asia to help push back against the rising influence and activities of China,” said Michael Kugelman, a Senior Associate for South Asia at the Wilson Center in Washington, D.C.

China has been aggressively pushing its claims in the South China Sea, with the US countering by sending regular air and sea patrols through the disputed waters. In the wider region, Obama’s outgoing administration is also facing allegations of a muddled approach to Afghanistan.

“The biggest fault when it comes to the Obama administration in Afghanistan is not clearly articulating US objectives. A lot of people in this country don’t really know why US troops are still in Afghanistan, fighting and dying there,” said Mr Kugelman.

President-elect Donald Trump has previously declared that the US is “getting out of the nation-building business.” Although that mindset could signal a shift in the US presence in Afghanistan, the signs are that Trump’s new administration will not seek to drastically change the relationship with India.

James Mattis, Donald Trump’s pick for his new defence secretary, this week said strategic ties with India are “of utmost importance” to the US.

Fears of visa restrictions for highly-skilled Indians who want to work in the US have the potential to sour that relationship. But many believe the single biggest obstacle to even deeper ties between New Delhi and Washington is Pakistan.

“It’s going to be very difficult for the US and India to get to that point where they talk about a genuine strategic partnership if the US continues on having a workable relationship with Pakistan, particularly with the Pakistani security establishment,” said Mr Kugelman.

After a year of increasing tensions along the Line of Control, the Trump administration now faces a four-year tightrope walk to maintain its twin relationships with New Delhi and Islamabad.