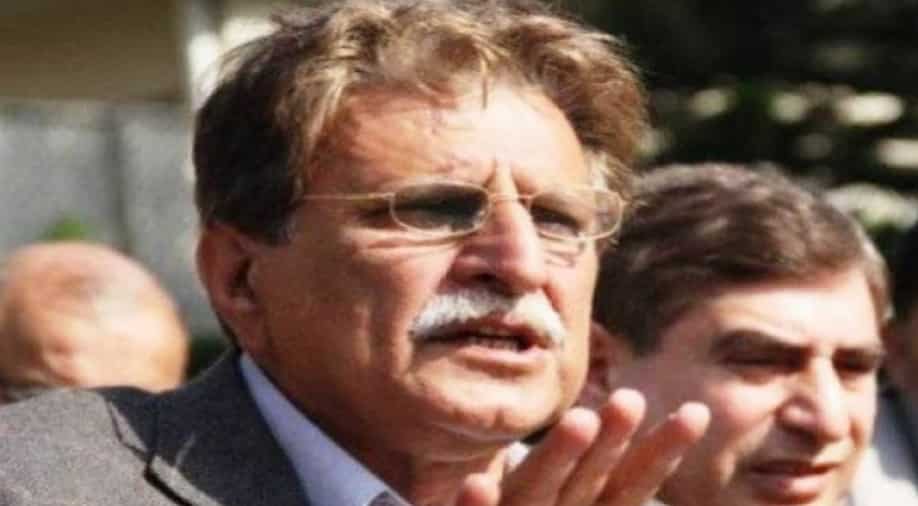 The Indian Army said on Sunday that a Pakistani chopper violated the Indian airspace along the line of control (LoC) in Poonch district of Jammu and Kashmir but turned back after it was 'engaged by air sentries.'

PoK's "Prime Minister" Raja Farooq Haider has claimed that the white chopper he was travelling in was "very close" to the LoC but within Pakistan's airspace, and that there was no need to inform the Indian authorities about the flight as it was not a military helicopter.

The Indian Army said on Sunday that a Pakistani chopper violated the Indian airspace along the line of control (LoC) in Poonch district of Jammu and Kashmir but turned back after it was "engaged by air sentries".

Indian officials claimed that the white helicopter crossed into the Indian airspace in Gulpur sector and hovered over there for sometime before turning back.

Pakistan-occupied Kashmir (PoK) leader Haider said he was travelling with two ministers and his personal staff officer in a civilian white-coloured aircraft on Sunday when it was attacked near Abbaspur village.

Talking to Dawn, Haider said the incident took place at around 12:10 PM.

"I had gone to Forward Kahuta to condole the death of the brother of one of my ministers and meet the residents of the area adjacent to the LoC. While we were passing through Abbaspur, the Indian army suddenly opened fire at my helicopter. Luckily, we remained unhurt and the helicopter was not damaged," he said.

"We were very close to zero line but we were within our space. Moreover, it was a civilian helicopter so the Indian army should not have opened fire at it," Haider said.

He said that military helicopters, on both sides, intimate each other before flying according to the standard operating procedure.

As it was a civilian helicopter, there was no need to intimate about it, Haider said, adding that he frequently travels in the area but such an incident had never happened.

He said that he would formally take up the matter with the government of Pakistan to pursue the issue and take appropriate action.

Leader of the Opposition in the National Assembly and Pakistan Muslim League-Nawaz (PML-N) president Shahbaz Sharif said the attack was a severe violation of international and bilateral laws and also against the diplomatic norms.

Sharif's PML-N rules PoK and Haider is a leading member of the party.
Pakistan's Foreign Office has so far not commented on the incident.