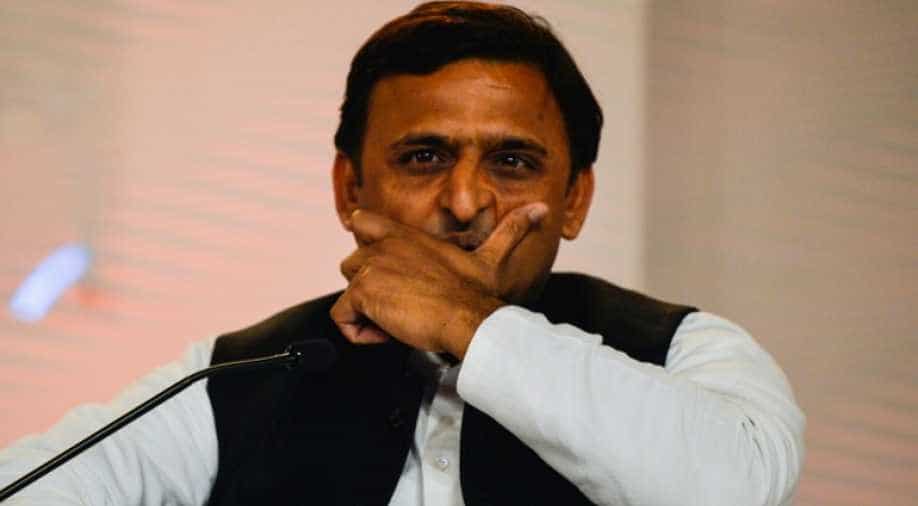 Yadav recalled that in February-March 2012, the then government had taken a decision to defer the budget on its own till the completion of the poll process at that time. Photograph:( AFP )

Uttar Pradesh chief minister Akhilesh Yadav has shot off a letter to Prime Minister Narendra Modi requesting him to defer presentation of the Union Budget till the completion of the poll process in five states.

The letter sent to the prime minister earlier this week cited the Election Commission directive on January 23 asking the Central government not to announce any specific scheme for the five states going to polls in keeping with the model code of conduct.

The chief minister said that this may deprive Uttar Pradesh, having the maximum population in the country, of special schemes in the Union Budget which would have a direct impact on state's development and interest of 20 crore people.

Yadav recalled that in February-March 2012, the then government had taken a decision to defer the budget on its own till the completion of the poll process at that time.

"In my capacity as the representative of the people of the state I request you think about deferring the Budget till after the elections so that the development of the state and schemes in the interests of the people could be announced," he added.

The Supreme Court had ruled recently that the government does not need to move the budget from February 1 to a date after elections are held in five states.

Assembly elections in Uttar Pradesh, Punjab, Uttarakhand, Goa and Manipur will be held between February 4 and March 8.