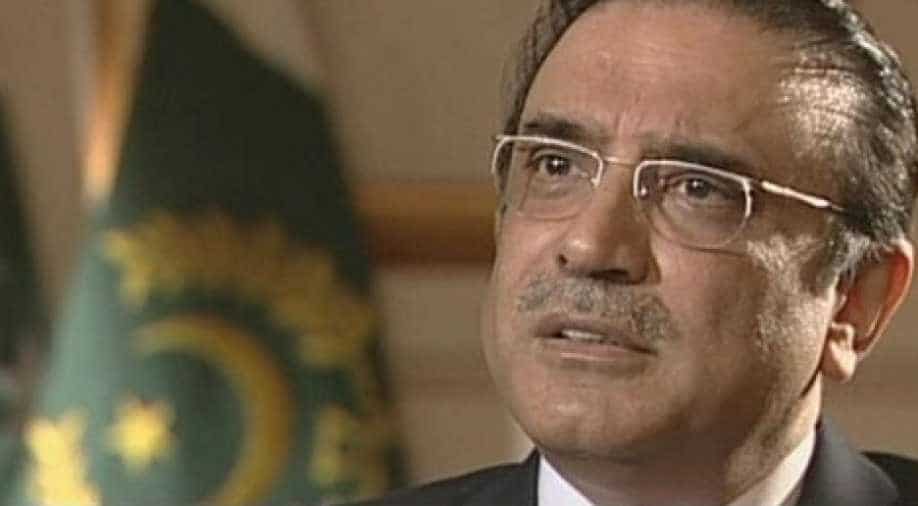 On July 1, the NAB had arrested Zardari in the Park Lane case while he was already in custody with the bureau's Rawalpindi directorate in connection with the fake accounts case

A two-member bench headed by Justice Athar Minallah presided over the hearing of the bail applications in the graft cases through fake bank accounts and Park Lane corruption references, Dunya News reported.

The applications were filed by Farooq H Naek on behalf of both Pakistan Peoples Party (PPP) leaders. The National Accountability Bureau (NAB) and the federal government have been made respondents in the petitions.

The applications maintained that the NAB has failed to provide any evidence against the PPP leaders since their arrest, which took place more than five months ago.

On Tuesday, Zardari had filed two bail applications on medical grounds in two references whereas Talpur sought bail from the same court in one corruption reference, while pleading with the court that she was a mother of a differently-abled child, and therefore she needed to take care of that child.

The former president, who is currently undergoing treatment at a hospital in Islamabad, has maintained in the bail plea that he is suffering from a heart condition as well as diabetes and needs medical care.

On July 1, the NAB had arrested Zardari in the Park Lane case while he was already in custody with the bureau's Rawalpindi directorate in connection with the fake accounts case.

On July 29, an accountability court issued copies of the Park Lane reference against former president Zardari which states that the former president had taken Rs 1.5 billion loan from the National Bank of Pakistan (NBP) in the name of fake company Parthenon.

The PPP leader was 25 per cent shareholder in Park Lane Company and he also made a fake company Parthenon in the name of his employees. Besides, the property was also bought in the IBC Center where the bureau has sealed eight floors.