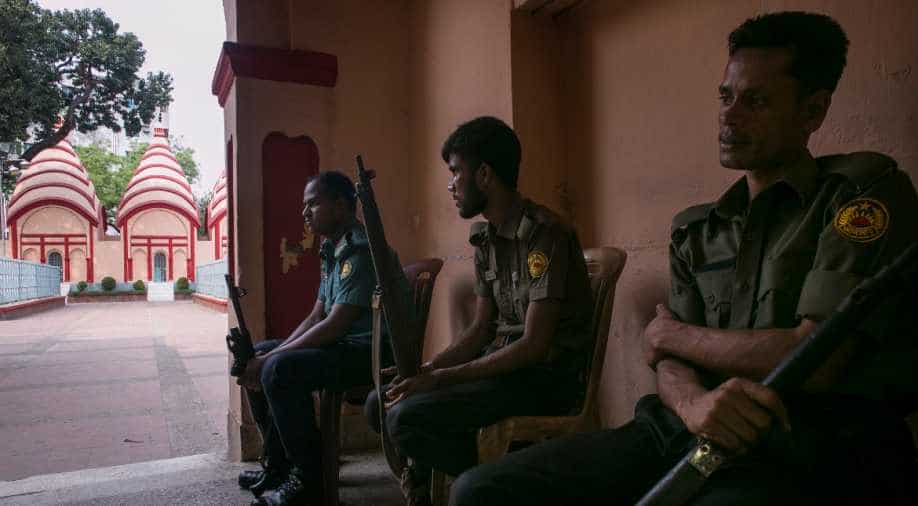 Police strength has also been added in other public places like airports and schools. Photograph:( Getty )

Follow Us
Bangladesh has raised its terrorism alert level and tightened security measures in the capital city Dhaka after a terror attack killed 20 people in a local cafe late Friday.

Roads near the incident site are still blocked 30 hours after the tragedy happened. Armed police are frisking pedestrians on roads around the city in attempt to prevent further possible attacks.

Police strength has also been added in other public places like airports and schools.

Nine Italians, seven Japanese, two Bangladeshis, a Bangladesh-born US citizen and an Indian female were killed in the attack on a Spanish restaurant which was located in the area popular with foreigners

Around five hours after the attack, the Islamic Republic claimed the responsibility of attacking the upmarket restaurant.

The authenticity of the IS claim has not been confirmed by the Bangladesh police.

At least 40 people, including senior police officials, were injured.