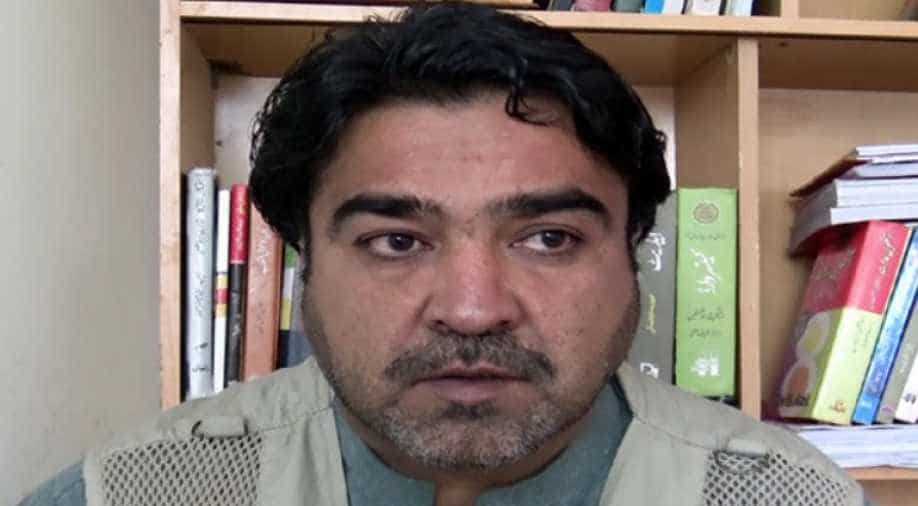 Underlining the atrocities being meted out to people in Balochistan Bashir Zaib Baloch, the new head of Baloch Liberation Army (BLA) said the situation here is much grave than Palestine, Iraq, and in Afghanistan and sought international support in exposing Pakistan.

Pakistan’s nefarious agenda of filling coffers of Islamabad through systematic political exploitation of Balochistan, compounded by heightened military operations has left the resource and mineral-rich province as one of the most impoverished regions across the world.

Widespread economic depredations through a structured design are the reality of Balochistan.

The locals, activists, and leaders who have dared raise their voice against the oppression have met with a brute high handedness of security forces.

However, the freedom fighters who have been unrelenting in challenging the oppressive status quo in the region have resolved to resist the colonial forces of Pakistan.

Underlining the atrocities being meted out to people in Balochistan Bashir Zaib Baloch, the new head of Baloch Liberation Army (BLA) said the situation here is much grave than Palestine, Iraq, and in Afghanistan and sought international support in exposing Pakistan. Bashir Zaib Baloch took charge of BLA after its commander Aslam Baloch was killed in a suicide bombing last December.

Through a recorded video he said:  “Today, I say this to the entire world, to India, to the United States of America and the European Union; whether you believe it or not, hear it or not. It has been said before by our friends as well; if the manner in which Baloch genocide is being carried out gets exposed, the problems of Kashmir, Palestine, Iraq, and Afghanistan will appear insignificant.”

The atrocities on Baloch people have increased since Islamabad and Beijing signed the multi-billion dollar China Pakistan Economic Corridor (CPEC).

The country has only stepped up its systematic violence in order to pave way for the much-hyped China Pakistan Economic Corridor (or CPEC) in recent times.

The people in Balochistan, who are championing the cause of the Free Balochistan Movement, are opposing the project which they say has exploited all their natural resources. Baloch freedom fighters, however, have vowed to resist this subjugation till the end of their lives.

Bashir Zaib Baloch added that “Pakistan and China, on the pretext of CPEC (China-Pakistan Economic Corridor), Gwadar Port, and Saindak project have unleashed their satanic designs in the region. Balochs are resisting them and will continue to do so till the end of their life as it is a matter of their identity. Still, they (Pakistan and China) have been aggressively plundering our resources. They have been trying hard to declare the unsuccessful project of CPEC as a game changer. Pakistan and China have been systematically killing Balochs.”

The fundamental fact with regards to Pakistan is that anyone who doesn’t belong to a particular feudal elite community -- predominantly comprising army generals and political leaders from its most favoured province of Punjab, are made to live a second-class citizen life. Whether it is the Balochs, Shias, Hazaras or Ahmedis -- none have been able to escape the state brutality by Pakistan.

Over the past few years, thousands of Baloch political activists and intellectuals have disappeared, many brutally killed by Pakistan’s snooping agency and army.

“Today, we are forced to kill or get killed. Today, we are losing our friends and families with a hope that world will listen to us and one day we’ll be able to get out of this bloodbath and will be able to escape the misrule of this Pakistani government,” said Bashir  Although the region of Balochistan has been going through one of the worst humanitarian crisis in the world, it has failed to gather enough international attention.

In spite of the lack of international support, Baloch freedom fighters have intensified their rebellion against the Pakistani establishment. Baloch Liberation Army chief’s statements have certainly provided reinforcement to the movement that Pakistan is hell-bent on crushing through severe high handedness.