Countries should not give into economic colonisation: Maldives ex-VP 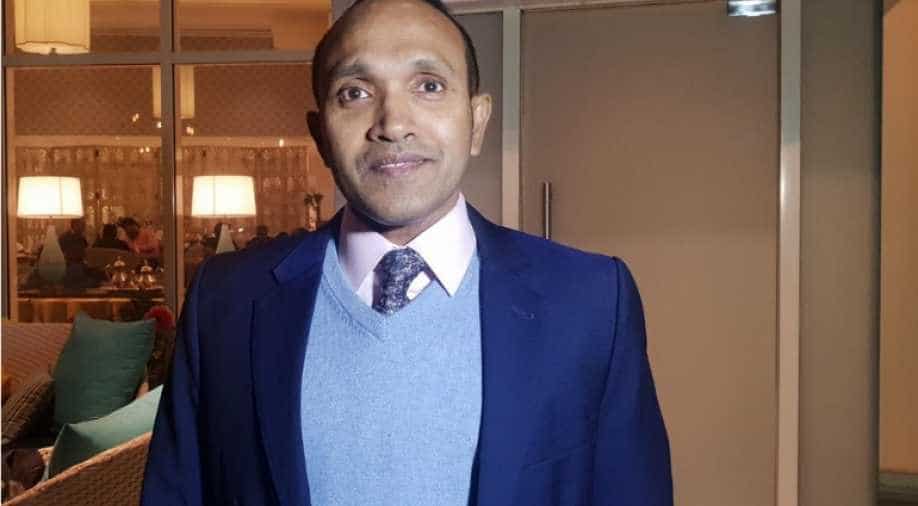 Dr Mohamed Jameel Ahmed spoke to our Principal Diplomatic Correspondent Sidhant Sibal on a range of issues including how the Maldives fell into a Chinese debt trap.

Dr Mohamed Jameel Ahmed was the vice president of Maldives under previous Yameen government and Yameen's running mate in 2013 elections. After his impeachment and a campaign of suppression pursued by Yameen government, he had sought refuge in the United Kingdom. He returned to his country only last year when the political climate improved. He spoke to WION's Principal Diplomatic Correspondent Sidhant Sibal on a range of issues including how the Maldives fell into a Chinese debt trap.

WION: How do you see ties between India and Maldives?

Dr Mohamed Jameel Ahmed: For the last 5 years, we have seen backslide in the relationship between the 2 countries. We struggled a lot in last 5 years and thanks to people of the Maldives and the international community in particular Indian govt, people of India had a lot of faith in the democratic process of Maldives and today with the help of our coalition partners and parties, we emerged as victorious. I think with new govt in place time for India to seize the opportunity in terms of building more stronger ties between the 2 countries.

WION: How much China was responsible for the crisis?

Dr Mohamed Jameel Ahmed: In terms of things we have experienced in terms of our turmoil period during Prez Yameen govt, changes to the constitution were made to allow Chinese company ownership of islands, resorts and land. And we have seen Chinese investments and loans far exceeding the national income. Around 80% of national debt is to Chinese govt. In many ways, one can safely say in a debt trap to China one has seen in Colombo Sri Lanka as well but the more important question is how do we get away from the debt trap. My personal view is it is important for the Maldives to be able to bring in development infrastructure projects like ports, airports,  housing projects needed for the country, therefore, it is important we invite more Indian companies. Indian govt should also venture in an infrastructure project. But there is an important question for India, it is of delivery. On one hand, we have China, which seen by many Maldivians, as someone who has accomplished projects. And another hand u have India. Hopefully, India will be able to accomplish and be involved.

WION: So has the Maldives has fallen in a Chinese debt trap?

Dr Mohamed Jameel Ahmed: Definitely no doubt on that. As I have indicated earlier, 80% of foreign debt is of China so obviously its a debt trap. And the vital question for a tiny nation like us, in terms of, we are at a location that is a strategic one and for overall security of the Indian ocean. So overall question is what will happen if a country is unable to pay debt and ultimately succumb to the pressure..Chinese pressure. And what will happen to our assets? Again I will call.. we are a small nation but we have to be smart in terms of safeguarding the fragility of our economy, very basic economics. And also scattered resources we have. While we are mindful of the democratic process, we should be vigilant of debt traps. I think, one of the important things is while our people are very smart... they should not give into economic colonization we see across the world, a particularly 3rd world where Chinese are vigorously perusing.

WION: Your suggestion to countries who have fallen in the Chinese debt trap?

Dr Mohamed Jameel Ahmed: Well, I think, there has to be a balance drawn. One for countries like us and all around the world, we need investment. Countries are perusing infra projects airports, ports and housings. But also it is important for democratic countries to be vigilant on the impact it may have on the democratic process. While u invite such foreign power, such nations, who are not fond of democratic setup, the countries do need to be careful in terms of awarding projects and signing contracts. The impact it may have. We have complaints of transparency to big companies. So my advice will be to these nations and our people will be that we need Chinese investment but much more interested in protecting democratic setup. Such programs should undergo scrutiny within the legal and judicial system. Legal & parliamentary scrutiny very important.

WION: How do u see security in the Indian ocean?

Dr Mohamed Jameel Ahmed: As a very a tiny small nation and next neighbour India we have been fortunate whenever there is a threat to external security India was always there. I can recall 1988 and PM Rajiv Gandhi sent Indian troops. Equally when the national disaster happened like Tsunami. When President Solih came to New Delhi, budgetary support was given. India has always been there for us. We have been conducting joint maritime exercises code-named Dosti for many years. Military exercises also going for many years. India has been providing training to military personnel in the Maldives. We can't underscore our security and safety is more important than any economic incentive. Because economic incentive, economic development can't go alone if u don't have security. Under the leadership of the new government, ties will be strengthened. We have a privileged relationship with India and no one can replace this warm and friendly relationship.