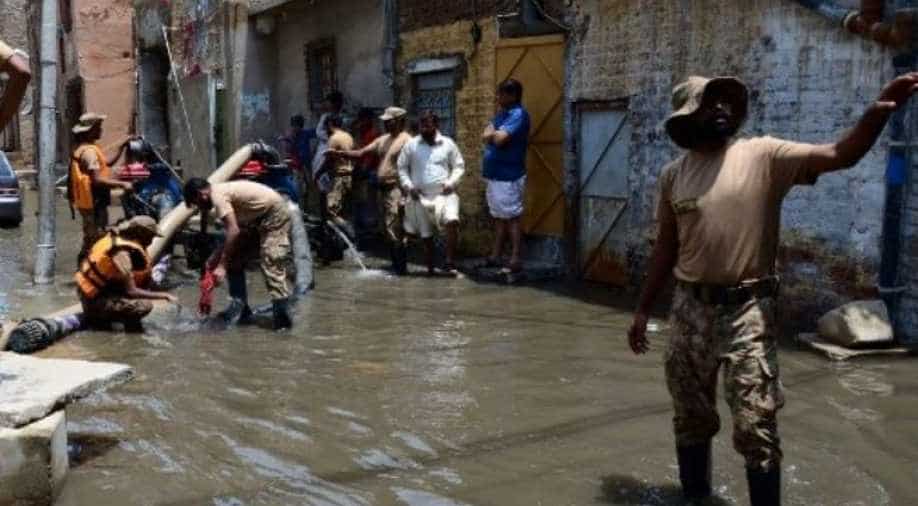 At least eight people were killed and 14 others were injured when heavy rains lashed a large part of the Khyber Pakhtunkhwa province on Saturday night.

The Karakoram Highway, which was blocked at many places due to heavy landslides on Friday night in Dasu area of Upper Kohistan, was reopened to traffic after many hours.

However, the passengers travelling between Gilgit-Baltistan and Khyber Pakhtunkhwa remained stranded for many hours.

Meanwhile, at least six people were electrocuted in Karachi as heavy rains lashed parts of the metropolis and Sindh on Sunday.