The world's first cash-dispensing machine was conceived in the bathtub. Did you know? 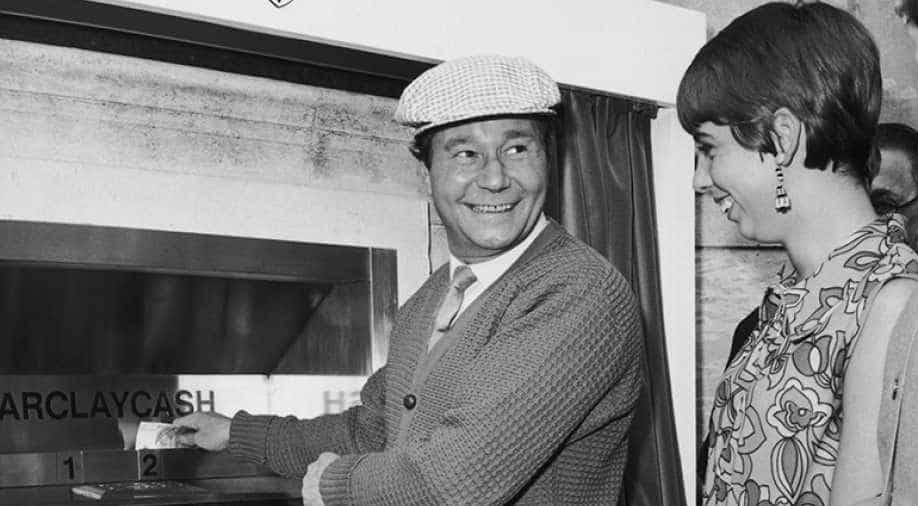 The Enfield Barclaycash is the world's first cash-dispenser. On June 27, 1967, Barclays launched a pilot machine at Enfield branch in North London, allowing customers access to cash 24 hours a day.

Introduced around round 50 years ago, the original machines, also described as mini-banks or cash dispensers or robot cashiers, were available to customers outside of the restrictive opening times of banks during the 1960s.

The world's first cash machine was installed at Barclays Enfield branch in North London. (Others)

The cash machine was created to dispense 10 pounds against a special paper voucher which the customer inserted into the machine followed by a unique 4-digit personal code in much the same way as it is done today.

Advertisement for the fourth of six prototypes of the world’s first through-the-wall cash dispenser. (Others)

The idea to introduce such a machine was conceived by John Shepherd-Barron, who was the managing director of De La Rue back then, while he was relaxing in his bath. He later presented the idea to Harold Darvill, the then chief general manager of Barclays, who found the concept interesting and decided to join hands with De La Rue. The idea moved from conception to installation within 24 months.

Initially, six such machines were installed at select branches. By the 1970s, the machines had been refined in order to offer not only cash but also bank statements and deposit facilities.