What is at stake in the US midterm elections? 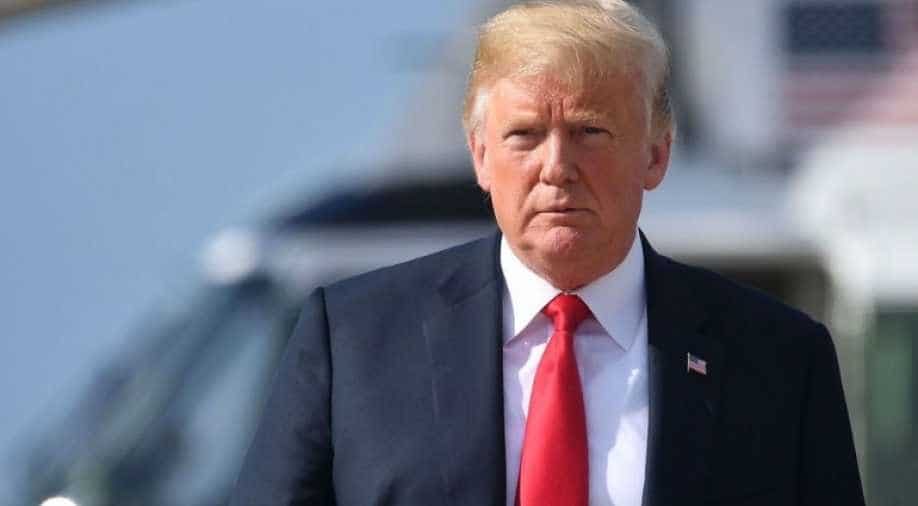 The US anxiously watches whether the Republicans will maintain their majority in the Congress, or if the Democrats will pull off a surprise retake of the House or the Senate.

The US midterm elections are just a week away as a deeply divided nation anxiously watches whether the Republicans will maintain their majority in the Congress, or if the Democrats will pull off a surprise retake of the House or the Senate. Any pretence of bipartisanship and decency in politics today has completely evaporated, as evidenced in the recently concluded hearings on the allegations of sexual misconduct against Judge Brett Kavanaugh at the Senate Judiciary Committee. Just last week, Americans have resorted to expressing differences of opinions not with words but with bombs.

The person singularly responsible for the demise of decency in American politics, President Donald Trump, paid lip service to condemn the attempted attacks against his critics like Barack Obama, Hillary Clinton and George Soros, among others, stating that “acts or threats of political violence of any kind have no place in the United States of America.” He quickly resorted to blaming the media and everyone who is critical of him, continuing to spew the divisive rhetoric that would define his presidency.

On October 25, Trump tweeted: “A very big part of the Anger we see today in our society is caused by the purposely false and inaccurate reporting of the Mainstream Media that I refer to as Fake News. It has gotten so bad and hateful that it is beyond description. Mainstream Media must clean up its act, FAST!” The president’s words have only deepened the partisan divide in a nation that is already split asunder by ideology-based politics rather than issue-driven discourse. Republican Senators and House Representatives have dispensed with any sense of self-respect and propriety to line up meekly behind Trump just to advance their party agenda.

Over the last century, Republicans have been the underdogs of American politics. Democrats have had control of the Senate for 66 of the last 100 years. They have also enjoyed a majority in the House for 65 years, including 40 straight from 1954 until 1994. With control of both arms of Congress and the presidency, it is no surprise that underdogs are behaving with a great deal of urgency, rushing through their agenda.

Now, a GOP-controlled Congress successfully passed a tax bill that is projected to increase the national debt by $1.9 trillion between 2018 and 2028. The tax breaks will primarily benefit corporations and America’s superrich, while the fast-dwindling middle class and the poor end up getting crumbs.

In complete defiance of science, the Trump administration has precipitated the problem of climate change by rolling back environmental regulations. The world has just 12 years to apply the brakes on greenhouse gas emissions and limit the rise in Earth’s temperature before humanity faces the irreversible effects of global warming in the form of droughts, flooding, extreme heat and poverty.

In his eight years as president, Barack Obama appointed 329 Article III federal judges, two to US Supreme Court, 55 to the US Court of Appeals, 268 to the US District Courts and four to US Court of International Trade. Thanks to the Republican-controlled Senate that had stalled several Obama nominations since 2015, Trump inherited several vacancies, including the one that allowed him to appoint Judge Neil Gorsuch to the Supreme Court. As of this writing, Trump has appointed 84 Article III judges, including two to the Supreme Court, 29 to the Court of Appeals and 53 to the District Courts, reshaping the complexion of the most important courts in the country.

What are the odds?

The battle to retake the Senate may prove near impossible for the Democrats, with more of them contesting for re-election than their Republican counterparts. To regain the majority, vulnerable Democratic candidates Heidi Heitkamp, Joe Donnelly, Jon Tester and Joe Manchin have to hold on to their seats in the battleground states of North Dakota, Indiana, Montana and West Virginia respectively. In addition, they have to flip two of the three possible seats in Nevada, Arizona and Texas.

While the Democratic incumbents in Indiana, West Virginia and Montana are likely to hold their ground, Heidi Heitkamp is trailing in North Dakota by three points, a deficit that may prove very difficult to overcome following her vote against Kavanaugh’s confirmation. Incumbent Republican Ted Cruz holds a comfortable five-point edge over his Democratic rival, Beto O’Rourke, in Texas, but the contest is surprisingly close for a Senate race in the Lone Star State. The Senate race is a toss-up in Nevada. Democrats stand the best chance of an upset in Arizona, where Democrat Kristen Sinema holds a thin lead over Republican Martha McSally. When the dust settles, the final tally may remain exactly what it is today, 51-49 in favour of Republicans, giving them two more years to comfortably fill court vacancies at various levels in the country with conservative judges and altering the complexion of the judiciary for decades to come.

The prospect for Democrats to retake the House majority looks more promising. In order to change the current 194-241 breakdown to a majority, Democrats have to flip at least 24 Republican seats in addition to holding on to their current constituencies. While the number 24 may seem daunting, the House has flipped a majority in the recent past with much larger margins. In 1994 and 2010, Republicans gained a House majority with a swing of 54 and 62 seats respectively. Democrats did that in 2006 with a swing of 32 seats. Regaining the majority in this election season is achievable if the anti-Trump sentiment, especially in key blue states, translates into more voters at the polls.

Despite having the highest number of electoral votes, California typically plays an insignificant role in presidential elections. That is likely to change in these midterm elections as California can singlehandedly give more than a third of the seats needed for the Democrats to retake the House majority. Political pundits and polls show that California does have the ability to transfer as many as eight Republican-held seats to Democrats in their quest for 24. They are also aided by the millions that former New York mayor Michael Bloomberg is pumping into California to help the cause of winning the House back.

The Garden State, New Jersey, has five Republican incumbents who are vulnerable and is very likely to unseat four of them in preference to their Democratic challengers. New York, Illinois, Virginia Iowa and Pennsylvania are all states with competitive elections that can provide the remaining seats needed by the Democrats. A statistical analysis website FiveThirtyEight projects that the Democrats will retake the House with a 6-in-7 chance.

If the Democrats do gain House majority, Trump, one of America’s most scandal-prone presidents, will come under closer scrutiny and may even face impeachment. He and his administration will likely face a slew of investigations that will apply brakes on the Republican legislative agenda for rest of his term, slowing down Trump’s destructive policies in the areas of immigration, environment and the rights of marginalized minorities. His threat to end birthright citizenship with an executive order, potentially defying the 14th Amendment of the Constitution will undoubtedly face stiff legal battle, driving another wedge in a nation already struggling with many unresolved immigration issues.

Decency and decorum in American politics will still be a distant dream even if Democrats flip the House next week. America’s vindictive and hate-mongering president will only redouble his efforts maligning every effort that exposes the vacuous and corrupt person that he is. That would still be a small price to pay for providing the much-needed checks and balances between the executive and legislative branches of the US government that has been completely absent the past two years. 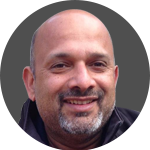 S. Suresh is product executive with more than 25 years of experience in enterprise software, S. Suresh is an avid hiker, dog lover and environmentally conscious.