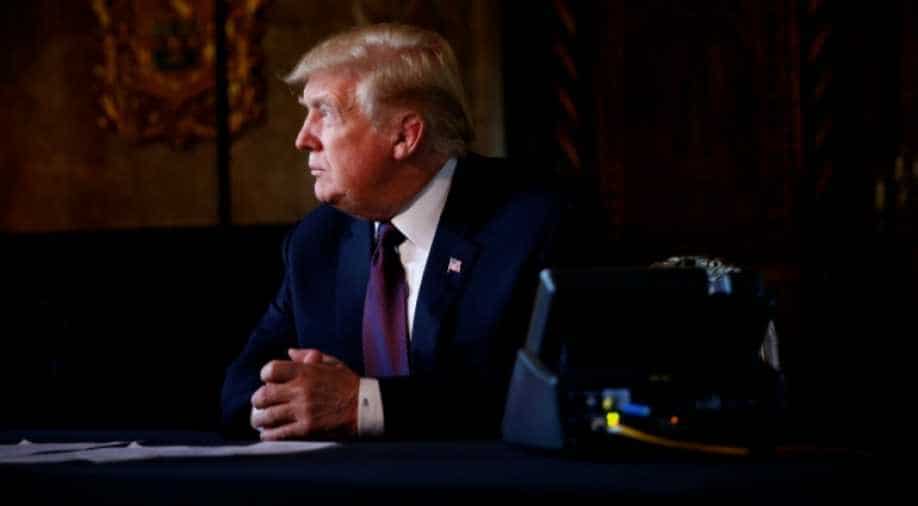 Prior to the midterm elections, Trump called immigrants “predatory” and “the worst scum of the world.” After the midterms, he authorised “US troops guarding the border against migrant caravans to use deadly force if necessary.”

Fascist politics is once again on the rise in the United States, Europe and Latin America.

Like an echo from the past, its principles and attitudes are re-emerging in a populist rhetoric that embraces extreme forms of nationalism, the cult of the leader, systemic racism, a culture of fear, a hatred of dissent and an utter disdain for the truth.

Driven by a hatred of “the other” and infused with narratives of decline and victimisation, fascist politics trade in an incendiary rhetoric of fear, demonisation and violence.

It creates divisions by targeting groups it defines as criminal, less than human, and then expands its hate-mongering to other groups as part of an attempt to deepen and expand a culture of terror, insecurity and disposablilty.

It attempts to build power through aggressive attacks on the media, critics and the judiciary.

Resentment based on real economic and existential insecurities become fodder for cult-like figures to misdirect anger, feed collective hate and foster a climate of shared fears and social divisions.

Fascist politics is inseparable from the culture of violence, which it uses as its primary tool of communication and weapon of choice.

Trump’s attack on the ‘others’

One recent example can be found in US President Donald Trump’s ongoing escalation of attacks on migrants. He has referred to the caravan of refugees from Central America as an invading criminal force against whom he is mobilising as many as 15,000 troops, more than currently serve in Afghanistan.

According to Trump, the caravan of migrants had “violently overrun” Mexico and was on the verge of invading the United States.

Prior to the midterm elections, he called immigrants “predatory” and “the worst scum of the world.” After the midterms, he ramped up the violence by authorising “US troops guarding the border against migrant caravans to use deadly force if necessary.”

Trump’s language does more than promote a decline in civility, it also advocates state terrorism while functioning as a savage nod to the most extremist elements of his base of support.

For instance, he has threatened to order US soldiers to shoot migrants and refugees from Central America if they throw rocks at them. In addition, he has pledged to use an executive order to rewrite the US constitution and annul birthright citizenship.

Trump’s rhetoric and policies point to a terrifying new horizon for the political arena and its modes of governance. It shows that domestic terrorism is alive and well.

It’s evident in Trump’s refusal to condemn Saudi Arabia for the assassination of the journalist Jamal Khashoggi. Trump has made clear that human rights and even murder can be overlooked if dictators have money to spare in order to purchase US military hardware. In the fascist playbook, commercial deals take precedent over human rights, justice, and liberty.

Trump has unleashed what Frankfurt School theorist Theodor Adorno once called an “authoritarian irrationality,” the dark and menacing underside of a racist and totalitarian psychology and politics.

Trump may not be Adolf Hitler, but there are disturbing similarities in his language and reactionary policies.

It’s precisely these historical lessons that should be examined carefully so that the plague of fascism can be both recognised in its current form and resisted so that it will never happen again.

The entrepreneurs of hate are no longer confined to the dustbin of history. The architects of fascist politics are with us once again, stoking dystopian fantasies in the decaying communities and landscapes produced by 40 years of a savage capitalism.

Angry loners, displaced workers and bitter nativists looking for a place to park their misdirected anger are vulnerable to cult leaders. They’ve found one in Trump.

Campaigning for the midterm elections, Trump reached for the fascist playbook and calculatedly promoted racism, hatred and ignorance in a cynical move that should send alarms ringing across the globe.

Amid an outbreak of violence that included the killings of two African-Americans in a grocery store in Kentucky, a campaign of mail bombs sent to high-profile Democrats and critical celebrities, allegedly by one of his fervent supporters, and the mass murder of 11 people in a Pittsburgh synagogue, Trump refused to acknowledge that his toxic rhetoric has fanned the flames of racism and anti-Semitism.

Instead, he blamed the media for the violence and labelled them “the true enemy of freedom.”

He also called Democrats the “party of crime” determined “to unleash violent predators and ruthless killers” onto American streets.

In addition, he has ratcheted up his demonization of immigrants by branding them not only as rapists, drug dealers and criminals but also as Mideast terrorists.

He’s also publicly and proudly stated that he’s a nationalist (code for a noxious strain of beliefs espoused by racists and white nationalists), emboldening right-wing extremist groups such as the Proud Boys, the American equivalent of the Nazi Brownshirts.

Incapable of both empathy and self-reflection, Trump uses language in the service of lies, vilification and violence.

His inflammatory rhetoric does more than legitimise and accelerate acts of violence; it weaponises language as a tool of political opportunism without regard for the suffering and misery it inflicts on individuals and entire groups considered disposable.

He thrives in creating social divisions and merges ignorance and power to fuel conspiracy theories, eliminate the line between fact and fiction and give credence to the expanding media village of the extreme right.

Trump attempts to criminalise political opposition, maligns immigrants and others as losers and revels in his role as a national mouthpiece for white nationalists, nativists and myriad extremist groups.

He’s unconcerned about the power of words to inflame, humiliate, and embolden some of his followers to violence. Instead, he displays a sadistic desire to relegate his critics and those he views as not white enough or ethnically abhorrent to zones of terminal exclusion.

His call to “Make America Great Again” reveals his nostalgia for a white Christian past. Allan Nairn, the award-winning investigative journalist, gets it right in arguing that Trump and the Republican Party want “to abolish democracy…because that’s the only way they can perpetuate their power” and create a form of “domestic fascism.”

What’s so duplicitous and dangerous about Trump is that he hides behind the institutions of representative democracy, which he attempts to destroy by stealth and through an accumulation of assaults rather than through an outright suppression of civil liberties and political rights, though that may be on the horizon.

Part of Trump’s demolition of democracy is his tactic of turning his almost daily assaults into a form of political theatre. It’s evident in his ongoing rallies that overflow with menace, not unlike the fascist Nuremberg rallies of the 1930s.

As the master of the spectacle, Trump normalises through sheer repetition his ongoing attempts to fuel hatred, racial divisions and the destruction of social bonds, all of which is necessary for fascist politics to flourish.

In the Trump era, the line between deadly violence and the rhetoric of a fascist politics is dangerously thin. And as historical memory fades and civic literacy is disparaged, the rise of barbarism and brutality are on the rise.

That’s why critically addressing Trump’s language is a crucial act of political resistance.

Trump’s hateful rhetoric also proves that education is central to politics, because it’s through language and diverse forms of communication that power materializes to shape consciousness, desire, identity and values.

It’s crucial therefore in the age of Trump to use the language of resistance, one that’s rooted in compassion for others, expands the reach of justice and encourages us to confront the forces of tyranny.

Language is the precondition for education, and education is central to politics itself. We need a new language that both inspires and energizes people to think otherwise in order to act otherwise.

The current crisis of politics is not simply about the rise of fascist politics, it is also about the crisis of language, memory, and agency. Now is the time for individuals and social movements to give new meaning to the recognition that without an informed citizenry, democracy cannot survive and individual and collective resistance will disappear.

(Henry Giroux is Chaired professor for Scholarship in the Public Interest in the Department of English and Cultural Studies, McMaster University)