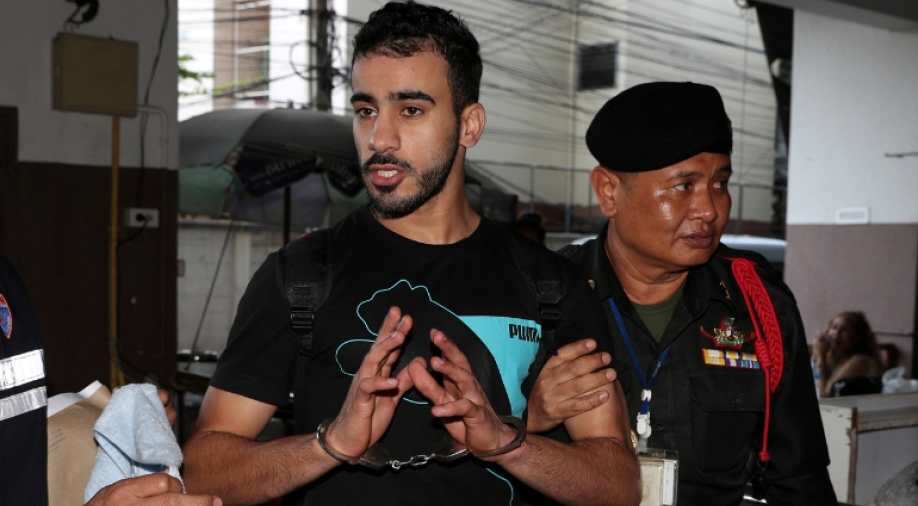 The arrest by Thai authorities of Al Araibi raises questions about the effectiveness of Interpol safeguards against exploitation of its powers.

Mounting pressure on Thailand to release from detention football player Hakeem al-Araibi has not only refocussed international attention on alleged abuse of human rights and due course of law in Bahrain but also the apparent continued ability of autocratic and authoritarian regimes to enlist global police organisation Interpol in efforts to silence critics.

The arrest by Thai authorities of Al Araibi, acting on an Interpol red notice arrest warrant issued despite the fact that he had been granted political asylum in Australia, raises questions about the effectiveness of Interpol safeguards against exploitation of its powers.

It is also a reflection of a far broader global battle for continued rule of law that is being challenged by autocrats, authoritarians, populists and nationalists on multiple fronts.

“It’s really emblematic of this breakdown of multilateral institutions, particularly those premised on western liberal democratic values which in the wake of the cold war we saw come into ascendance. These institutions were not built with the internal safeguards and mechanisms to protect them against bad faith actors. Once you let them inside the gates, nothing prevents them from poisoning the well,” said Jonathan Reich, an attorney who has worked with Russian business people and anti-corruption dissidents targeted by Russia via Interpol.

Nowhere is that relationship increasingly more evident than in the Gulf with Al-Araibi’s arrest; the politicisation of the Asian Cup as a result of the rift between Qatar and its boycotting detractors, Bahrain, the United Arab Emirates and Saudi Arabia; Saudi and UAE efforts to substantially increase their influence in global soccer governance, and the Saudi-Qatar dispute over broadcasting rights.

Qatar’s winning of the Asian Cup on Friday was as much a sports achievement as it was a political statement of the country’s resilience and ability to host the 2022 World Cup that had been called into question from day one and was targeted by its Gulf detractors since they declared a diplomatic and economic boycott of the Gulf state 18 months ago.

Al-Araibi has been kept in prison to allow Bahrain to formally request his extradition even though Interpol withdrew the non-binding red notice a week after issuing it. He was on Friday remanded for another 60 days in prison as a Thai court held hearings on the request.

The focus on Interpol safeguards as a result of Al-Araibi’s continued detention and the organisation’s inability to ensure that its mistakes can be corrected was bolstered this week by documents leaked by dissident Turkish journalists in Europe that allege abuse of Interpol procedures by Turkish law enforcement and intelligence.

The documents allege that Turkey has obtained through Interpol information about dissidents in Belgium, Germany and Poland on the basis of purported false charges that nonetheless failed to result in the issuance of a red notice warrant.

Al-Araibi’s detention since November when he arrived with his wife in Bangkok for their honeymoon and the Turkish leak are but the two latest incidents that point fingers at Interpol procedures.

Fair Trials, an international criminal justice watchdog, has documented numerous cases of abuse of Interpol procedures, applauded the organisation for efforts to avoid abuse, and called on it to introduce further safeguards.

In one prominent case, Interpol was put in an embarrassing position in October when its then president, Meng Hongwei, was arrested on a visit to his native China after the police organisation had accepted a resignation letter purportedly signed by Meng and tendered by the Chinese government, which said he was being probed over suspected corruption. Interpol said it had no choice but to comply with the request.

Al-Araibi’s case bolsters the call for further safeguards and focuses attention on the need for mechanisms to counter the fallout of abuse.

A player for Bahrain’s national team, Al-Araibi was arrested in November 2012 while walking to a cafe in Bahrain to watch a Real Madrid-Barcelona game and beaten in detention. He was accused of vandalising a police station at a time when he had been playing in a match that had been aired on live television.

Al-Araibi spent three months in detention and was sentenced to ten years in prison but managed to flee to Australia before the verdict was issued by a judge, who like Asian Football Confederation (AFC) president and world soccer body FIFA vice president, Sheikh Salman bin Ebrahim Al Khalifa, is a member of Bahrain’s ruling family.

Al-Araibi’s case erupted as Sheikh Salman is running for another term in AFC elections scheduled for April.

Al-Araibi asserted that Sheikh Salman, who at the time of his arrest in the Gulf state was head of the Bahrain Football Association (BFA) and has long been accused of involvement in the arrest and abuse during mass anti-government protests in 2011 of some 150 Bahraini athletes and sports executives, had failed to respond to requests for help from the player’s family and lawyers.

Sheikh Salman has said he had not received a request for assistance. Sheikh Salman has consistently denied any association with the 2011 events despite the fact that Bahrain’s state-run news agency linked him to the arrests in several reports at the time.

Conspicuously, Sheikh Salman has remained silent about Al-Araibi’s case while the AFC only this week called for the first time for his return to Australia in a statement by its vice president, Praful Patel.

The AFC this week said Patel rather than Sheikh Salman was responsible for Middle Eastern affairs. It said Sheikh Salman had been recused from overseeing the region because of potential conflicts of interest. It was the first time that the AFC disclosed the recusal.

For Bahraini exiles like S Yousif Almuhafdah, a Berlin-based human rights activist, Al-Araibi’s case is one way of focusing attention on Bahrain and trying to ensure that others are spared the soccer player’s fate in a world in which the cards are stacked against them.

Says Almuhafdah, who was detained in the same cell as Al-Araibi before both men left Bahrain: “Nothing will change any time soon. But we have a responsibility to those who stayed behind and remain behind bars.”