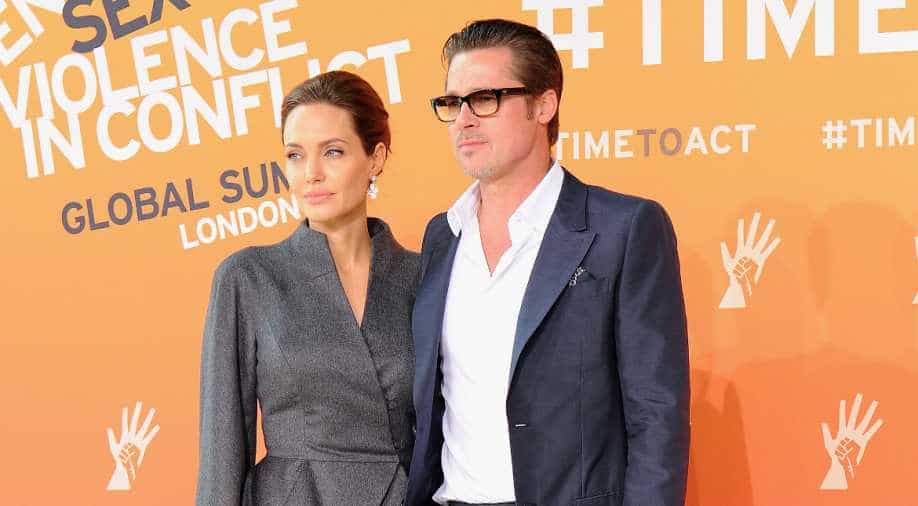 Under a current temporary custody agreement, Jolie has physical custody of the children while Pitt has been granted visiting rights supervised by a therapist. Photograph:( Getty )

Recently separated Hollywood couple Angelina Jolie and Brad Pitt have decided to keep their divorce out of the public eye and use a private judge, US media reported on Tuesday.

Jolie and Pitt reached an agreement to keep all divorce documents and proceedings under seal in order to "preserve the privacy rights of their children and family," the couple said in a joint statement to CNN.

The duo has been in the midst of a bitter public divorce and custody battle over their children.

Jolie, 41, filed for divorce in September in a Los Angeles court and seeks full physical custody of their six children with visitation rights for Pitt. She did not seek spousal support.

The split reportedly came after Pitt lost his temper in front of his children and reportedly struck one of them. He was cleared by the FBI and social workers over child abuse allegations in November. Pitt seeks joint legal and physical custody.

The joint statement comes a month after a judge denied Pitt an emergency hearing in which he sought to have all documents and proceedings regarding the divorce sealed, according to CNN.

Under a current temporary custody agreement, Jolie has physical custody of the children while Pitt has been granted visiting rights supervised by a therapist.

The couple, more famously known as "Brangelina", married in 2014 in France after a decade of being together.