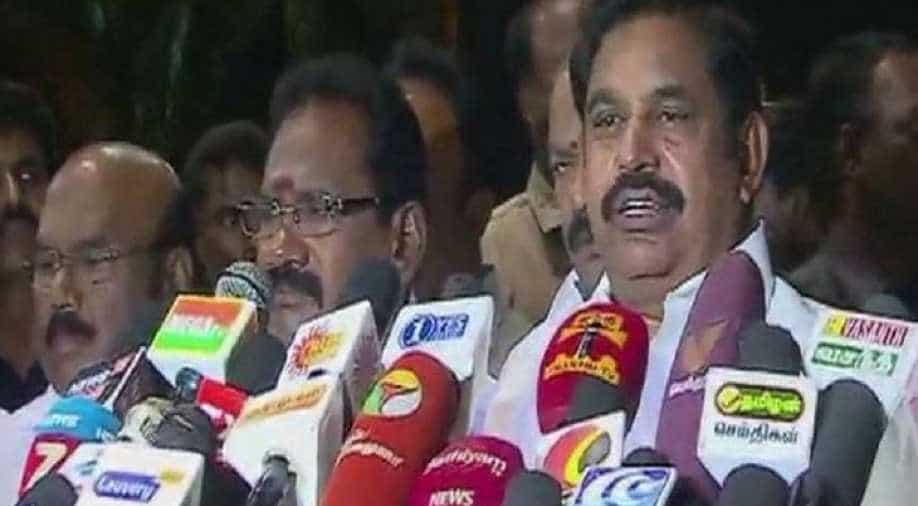 On July 19 last year, Chief Minister K Palaniswami announced the hike in salary and allowances in the state assembly with effect from July 1. Photograph:( ANI )

Ahead of harvest festival, Pongal, netas in Tamil Nadu passed a bill giving themselves a 100 per cent salary hike and other allowances even as the stalemate in the transport workers strike continues. As per the bill, salary and other allowances will go up from Rs 55,000 to Rs 1.05 lakh per month.

Working President of DMK MK Stalin condemned the salary hike and said that 100 per cent salary hike of MLAs unacceptable.

DMK MLAs will not accept the hike in the salary, he added.

''Issue of salary of transport workers hasn't been settled yet. So we condemn it and till their (transport workers) demands aren't met, all DMK MLAs will not accept the hike in the salary,'' Stalin said.

Deputy chief minister O Panneerselvam introduced the bill on January 10 which was opposed by DMK whip R Sakkarapani. "It is not at all necessary. I am opposing it," rebel AIADMK leader T T V Dhinakaran and MLA representing R K Nagar told reporters outside the House.

On July 19 last year, Chief Minister K Palaniswami announced the hike in salary and allowances in the state assembly with effect from July 1.

As per the bill, allowances for the Chief Minister, Ministers, the Speaker, Deputy Speaker, the Leader of the Opposition and the government chief whip have been increased with effect from July 1, 2107.

The Deputy Chief Minister is also now included in the Bill under this category eligible for increased allowances, Pension for former MLAs and members of the now-defunct legislative council has also been increased to Rs 20,000 from Rs 12,000 per month.

Family pension for relatives of late MLAs has also hiked by Rs 10,000. They get 50 per cent of the pension drawn by pensioner-legislators.