Virat Kohli-Anushka Sharma's Mumbai reception today: All that you need to know about the grand event 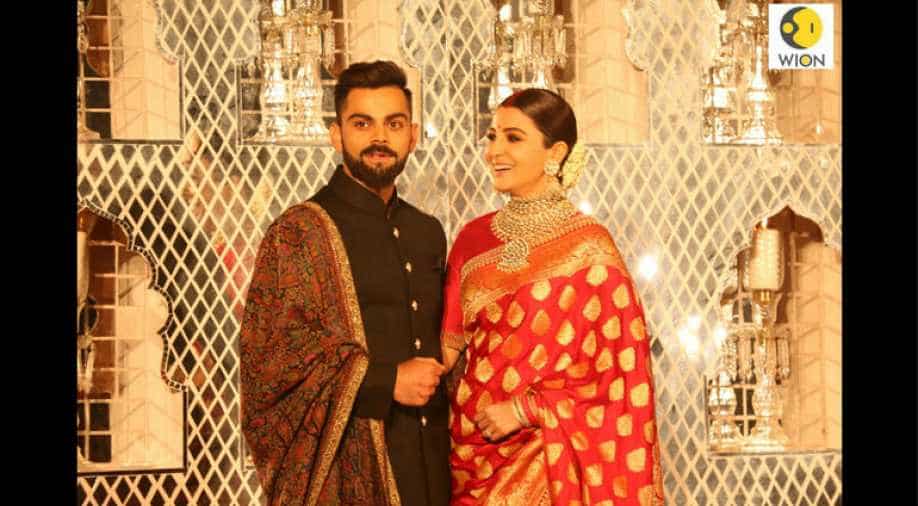 All roads in Mumbai will lead to St Regis Hotel in Lower Parel Mumbai on Tuesday night as newlyweds Virat Kohli and Anushka Sharma will host a grand reception for their friends and colleagues. Since the two are from different professions- Bollywood stars and Indian Cricketers are expected to be attending the gala event.

The function will take place at Astor Ballroom of the hotel, which has a seating capacity of 300 guests. Located on the 9th floor, the ballroom has 23 foot-high ceilings and crystal chandeliers.

Among the guests, Shah Rukh Khan, Salman Khan, Ranbir Kapoor, Karan Johar and other Bollywood celebrities are expected to attend the event. Sources close to the couple have stated that the couple chose to host the party on December 26th so that the Indian cricket team could attend it. India just won a series against Sri Lanka which got over on December 24th. So MS Dhoni, Rohit Sharma, Yuvraj and others will be coming to wish the newlyweds. The event is supposed to begin at 8 pm.

Ahead of their reception, the couple had sent a unique invitation to guests which comprised of a card and a potted sapling. Filmamker Kunal Kohli had tweeted photos of the invite.

@imVkohli @AnushkaSharma what a lovely invite. Everything about your wedding has been personal,classy & romantic. Just like you both. God bless. pic.twitter.com/OBHVp2dnE1

The couple hosted a grand reception in Delhi on December 21st which had PM Modi, Shikhar Dhawan, Gautam Gambhir and Suresh Raina in attendance. The couple was also blessed by singer-actor Gurdas Mann who came to perform at the event.

Virat and Anushka got married in Tuscany in a private ceremony earlier on December 11th. The couple may have wanted their special day to be a private affair, but soon after photos of their wedding went viral on social media - giving their fans a peek into the dream-like ceremony. The couple were initially mum about their wedding but made an official statement post the ceremony on their respective Twitter pages.

Today we have promised each other to be bound in love for ever. We are truly blessed to share the news with you.This beautiful day will be made more special with the love and support of our family of fans & well wishers. Thank you for being such an important part of our journey. pic.twitter.com/aobTUwMNAK

The two will travel to South Africa soon after the reception where the Indian captain will prep for the upcoming series and Anushka will spend New Year's Eve with him.

Anushka will come back to Mumbai in the first week of January to begin filming for Sui Dhaga opposite Varun Dhawan.