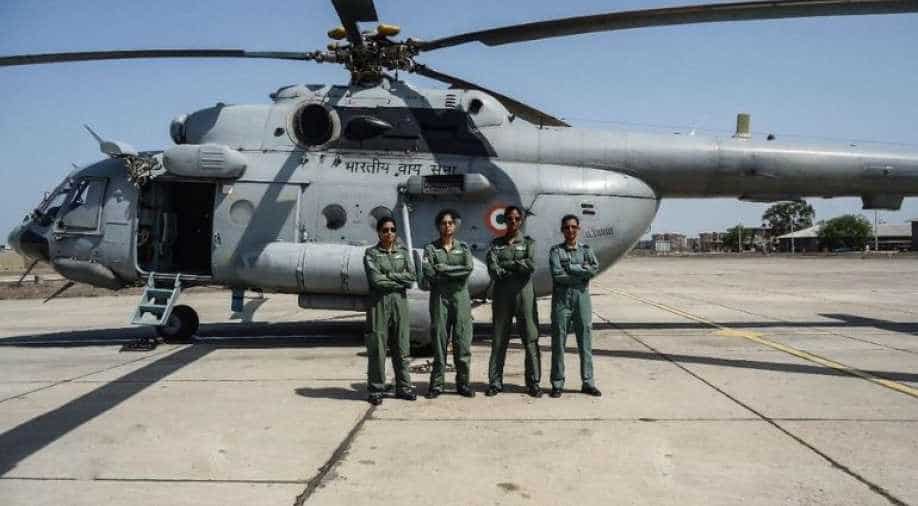 Two women IAF officers from Punjab were part of the country's first all-women crew to fly a medium-lift helicopter Mi-17 V5 on Monday.

"The all-women crew flew a Mi-17 V5 helicopter for a Battle Inoculation Training mission taking off and landing from restricted areas at a forward airbase in South Western air command," it said.

Flt Lt Parul Bhardwaj hails from Mukerian in Punjab and is incidentally also the first woman pilot to fly the Mi-17 V5, while Flight Lieutenant Hina Jaiswal from Chandigarh is the first woman flight engineer of the Indian Air Force (IAF), the release said.

Flying officer Aman Nidhi hails from Ranchi, Jharkhand and is also the first woman IAF pilot from the state, it added.

This is yet another achievement of women officers in the IAF, it added.