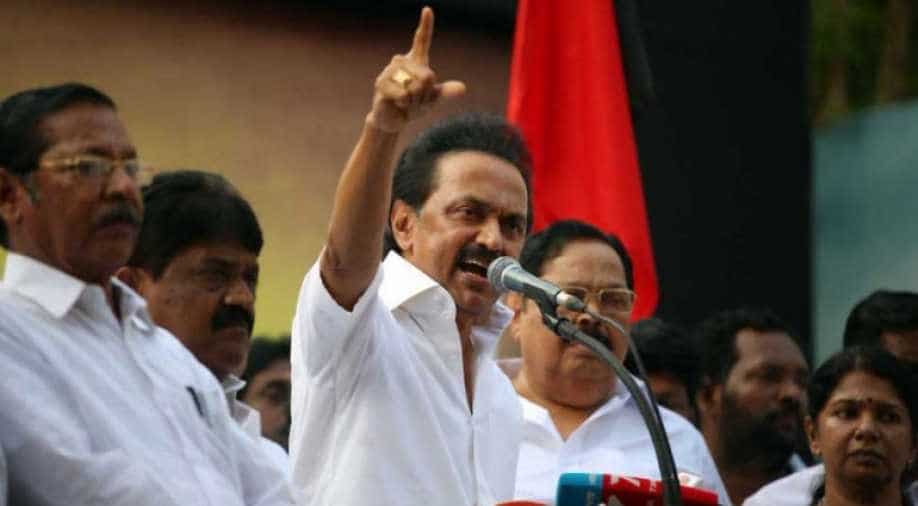 As many as 7,000 graduates including engineers have applied for 549 posts of sanitary workers advertised by the Coimbatore City Municipal Corporation (CCMC).

DMK chief MK Stalin on Friday slammed the Centre and the state government over engineers applying for the jobs of sanitary workers and urged them to examine unemployment and layoffs in IT sector.

"There is a peak in unemployment. It`s a curse on Tamil Nadu with no creation of industries and jobs. I urge the Centre and the state government to check the unemployment and layoffs in IT sector," Stalin said at a press conference.

"Already IT companies in Tamil Nadu are laying off employees citing many artificial reasons. Reports have stated that 40,000 IT employees will lose jobs across India and this is worrisome," he said.

As many as 7,000 graduates including engineers have applied for 549 posts of sanitary workers advertised by the Coimbatore City Municipal Corporation (CCMC).

Talking about the local body election, Stalin said the AIADMK was postponing the poll.

"For more than three years, the AIADMK has been trying to postpone the local body election. Media is blaming the DMK for this. We have approached the court for clarification in the electoral roll. We want the election but in compliance with all electoral norms," added Stalin.