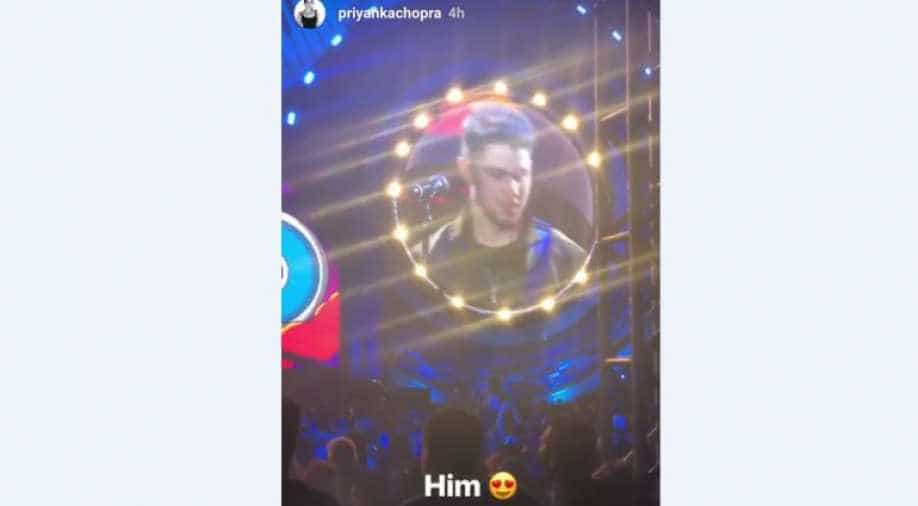 Priyanka Chopra has been in headlines for a speculated relationship with American singer Nick Jonas. The couple has been spotted at various events with both of them visiting each other's families and Jonas showing up with Chopra at the engagement ceremony of Akash Ambani, Shloka Mehta.

The latest is Priyanka Chopra's heartwarming pictures from Nick Jonas' concert in Brazil.

Chopra's pictures, which are now doing the rounds on social media, show her absolutely captivated at the concert, capturing every minute of Jonas' performance in her smartphone.

PC even shared a couple of stories on her Instagram from the concert, one of them is a picture of Nick singing during the concert which Priyanka captioned "Him" followed by a heart emoji.

With so much happening out in open, the rumours of Chopra-Jonas link-up are only gaining ground by the day.