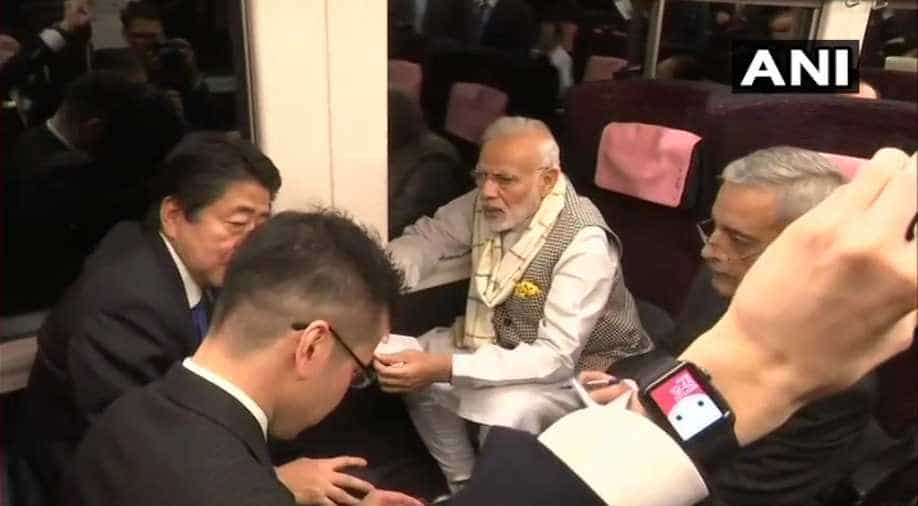 In a visit held after lunch on Sunday, Prime Minister Modi was briefed on the various robotic and automation capabilities of the Japanese company

In a visit held after lunch on Sunday, Prime Minister Modi was briefed on the various robotic and automation capabilities of the Japanese company.

Both the leaders also witnessed the assembling of a motor by a robot in 40 seconds at the facility, along with viewing several illustrations of the working of industrial robots.

The leaders then headed towards Prime Minister Abe`s private villa in the prefecture, where he hosted his Indian counterpart. Post this, the two leaders left for Tokyo by train.

The prime ministers had earlier dined together at a hotel in Yamanashi with Mount Fuji in the backdrop.

Prime Minister Modi had arrived in Japan for a two-day visit on October 27.

The leaders are scheduled to hold the 13th India-Japan Annual Summit, during which wide-ranging talks on strengthening collaboration in key areas such as Defence, security, Indo-Pacific cooperation, and technology are slated to be held.

Furthermore, Prime Minister Modi will address members of the Indian community on October 29 before commencing his official engagements.