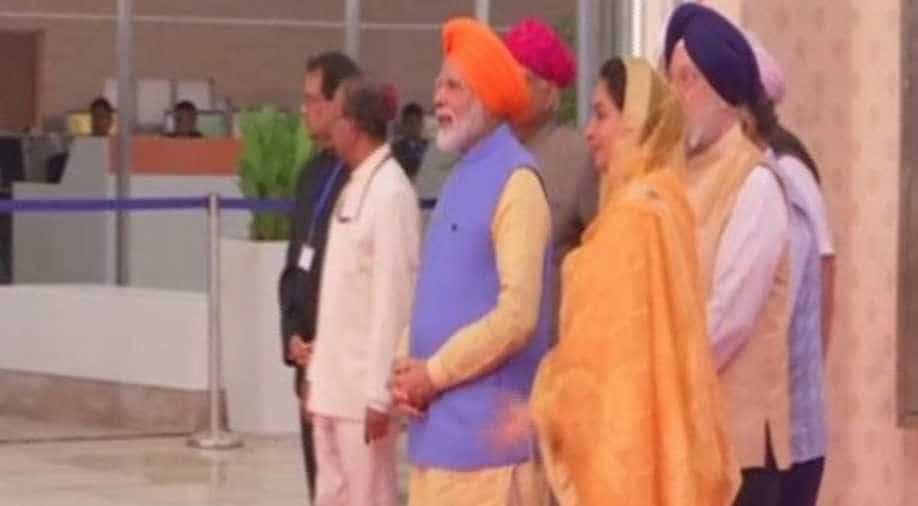 The Integrated Check Post or the passenger terminal building is where pilgrims will get clearance to travel through the newly-built corridor.

The opening of the corridor, which connects Dera Baba Nanak shrine in Gurdaspur district of Punjab to Gurdwara Kartarpur Sahib in Pakistan, comes days before the 550th birth anniversary of the founder of Sikhism, Guru Nanak Dev, on November 12.

At the gurdwara, PM Modi was received by former Shiromani Gurdwara Prabandhak Committee chief Jagir Kaur, who is in-charge of celebrations of the 550th birth anniversary of Sikhism`s founder Guru Nanak Dev. The Prime Minister was presented a `siropa` (robe of honour) by Kaur on behalf of the SGPC.