Opinion: Nisar, go out there and get what your worth 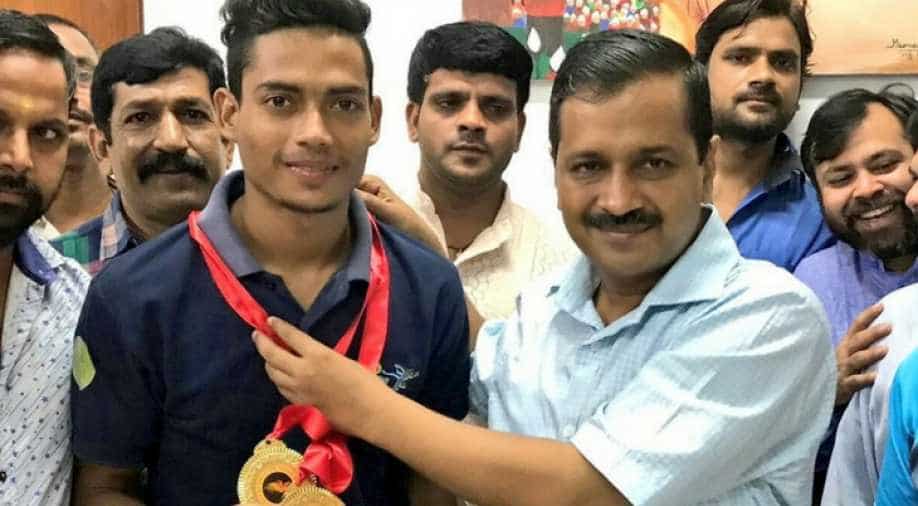 Nisar's father is a ricksaw puller, his mother a domestic maid. They could not attend the meet at which he broke the two national records, Nisar said, because of a lack of money.? Photograph:( Twitter )

India's legendary runner Milkha Singh in one of our casual conversations at the front lawn of his posh Chandigarh bungalow, told me, "If you are looking for another Milkha Singh, you must go to villages, smaller towns. Kids, there are hungry, hungry not only to do something big but also for food. Kids in bigger cities do not want to work hard. They might play popular sports and not get into less fancy sport like athletics." His words struck me like cold bite on a relatively warm April morning.

His words have stood the test of time! India's leading track and field athletes have come from lesser known towns or cities or villages. Let's take a reality check. P.T. Usha came from a village named Payyoli in the Kozhikode district of Kerala. Anju Bobby Gorge hailed from Cheeranchira village of Kottayam, Kerala. Tintu Luka, the Asian Games gold medalist, is from Valathode again from Kerala. Milkha Singh himself was Govindupra, a village in Pakistan's Punjab province.

The trend for athletics to move from big rural to urban has picked up speed in the last decade. While we have cricketers, shuttlers, tennis players buzzing in the rural areas the sleeping giant in urban India is beginning to wake up and earn a name for themselves in a world, where they are looked down upon, in a world where they hold no place, in a world where they find it difficult to sleep with their bellies filled.

One such story emerges from a lesser heard part of New Delhi -- far away from the blistering national capital -- along the railway tracks of Bada Bazar, Azadpur. Nisar Ahmed, who lives in a 10x10 shack -- literally -- has risen from the slums and earned a name for himself. He is just 15 but holds the national records in the Under-16 100 and 200 metres. He has broken his own timings five times and still remains unbeaten.

What makes him stand out is the question?

Well for starters his personal best timing for the 100m is 10.85 seconds -- Bolt holds the record 9.58 seconds -- and in 200m is 22.08 seconds -- the Jamaican holds it at 19.19. Yes, the 15-year-old is yards away from the world record but he is not that far off too! If he stays on track, puts his head down and works hard, you never know he might win us a medal or two at the Olympics. He might just gift the Flying Sikh his last wish -- watching an Indian win a gold in track and field at the Olympics -- before he travels to the other side!

"Running happened to me by accident. My coach Surendar Singh spotted me at one of the local events and gave me proper running shoes. He has worked hard on me and when he saw potential in me, he asked Sunita Rai (Sports Authority of India's coach) to take me under her wings. And ever since I have improved," Ahmed said.

For now, Ahmed -- the son of a rickshaw puller and a housemaid -- is all set to train at Racers Track Club in Kingston -- Usain Bolt's workplace. In a unique partnership between Gas Authority of India and Anglian Medal Hunt, has selected 16 athletes -- including Nisar -- between the age group of 15-18 to train at the Kingston track for a month.

"I am really excited that I am going to the same place where legends like Usain Bolt, Asafa Powell and a lot more have trained. It is a huge opportunity for me to go there and just soak in the atmosphere. I will be able to watch them train, monitor what they eat closely and pick up a trick here and there. I will try and make the most of it," the U-16 national record holder said.

But not this way.

Pullela Gopichand, Mahendra Singh Dhoni, Sushil Kumar, Yogeshwar Dutt, Vijender Singh, Mary Kom and a lot more of India's sporting icons -- again hailing from smaller cities -- never sought money or sponsorship to climb up their ranks. They were old-fashioned that way. They kept their head down, trained hard, performed when it mattered and moreover made waves in their own sport. A quote that comes to mind as I finish this piece is one of my favourite quotes from Rocky Balboa. A character I always draw inspiration from.

In the fifth part of the Rocky Balboa movie, Sylvester Stallone hands out an advise to his son, Robert Rocky Jr. Balboa. Balboa says, "Let me tell you something you already know. The world ain't all sunshine and rainbows. It's a very mean and nasty place and I don't care how tough you are it will beat you to your knees and keep you there permanently if you let it. But it ain’t about how hard you hit; it’s about how hard you can get hit and keep moving forward.. It’s how much you can take, and keep moving forward. That’s how winning is done."

"Now, if you know what you’re worth, then go out and get what you’re worth. But you gotta be willing to take the hits, and not point fingers and blame other people. Cowards do that and that ain’t you. You’re better than that!” he concluded.

From what I have seen of Nisar, he can be anything but a coward. He has the gut to go all the way. Hope he stays on course going forward and does not fall into the trap of seeking money. The kid has it in him to go the distance. Just needs to be guided along.

So Nisar, go out there and get what you deserve. Don't use poverty as an excuse and seek money. Financial benefits will come along and so will the medals. 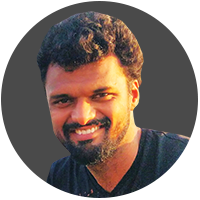 The author is sports reporter with WION. When not at work, he goes on solo bike trips, writes sonnets, loves to cook and likes his coffee.