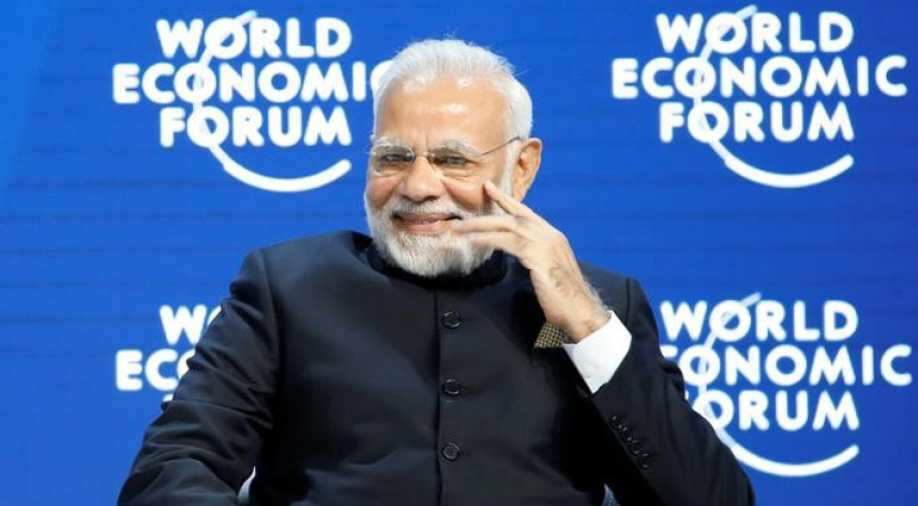 Power brokers who met in Davos this week barely acknowledged the grave threat that China poses to free trade. Photograph:( Others )

Every day, tens of millions of people and trillions of dollars of goods and services flow across routes known as global commons — aboard ships, underwater, by air and in space.

No country exercises sovereignty over most of these global commons routes, and yet everyone abides by the rules.

That means there’s little need for self-protection or armed escorts against pirates or privateers and no one has to pay protection money to warlords en route.

It was not always this way. As recently as the mid-19th century, high-value cargo on the High Seas was transported by heavily armed merchant ships like East Indiaman. On land, many routes required travellers to be armed and protected from bandits or highwaymen. Taxes were routinely paid to warlords or local chiefs for safe passage.

The communist regime of China, however, has staked a sovereign claim to most of the South China Sea, where there was $3.4 trillion in trade transit in 2016. If allowed to stand, this will enable China to ban or embargo shipping, or to levy fees for passage like 19th-century potentates.

Yet power brokers meeting in Davos this week are barely acknowledging this grave threat to free trade.

Prior to Pax Britannica, a period of relative peace in Europe from 1815 to 1914, the cost of tariffs and other protectionist measures paled in comparison to the cost of privately protecting and insuring commerce or paying tariffs levied by kingdoms en route.

For example, the Ottoman Empire became wealthy by monopolizing and controlling the overland trade route between Europe and India and levying taxes on the spice trade.

The Portuguese monopolized the sea route to Cathay before their hold was broken by the Dutch and English.

Indeed, centuries of European innovation centred around either gaining control of, or bypassing, existing trade routes to avoid these levies.

Those acting on behalf of potentates routinely preyed upon insufficiently-armed merchants and seized their cargo and crew for ransom unless they were under the protection of another empire.

The U.S. Navy, in fact, was expressly created in 1794 because North African Barbary pirates seized and ransomed American ships and crews after the British Royal Navy stopped protecting the U.S. following the War of Independence.

The golden age of free trade ushered in after the First World War owes its success to Pax Americana, a period of relative peace in the Western Hemisphere around the middle of the 20th century. It took over from the British model and expanded freedom of navigation worldwide. Allied naval power underwrote free trade by providing protection.

Freedom of navigation is about limiting and regulating states’ ability to assert sovereignty at sea and use it to tax, regulate, embargo or blockade commerce in peacetime. In exchange for ceding those rights, states gained access to global commons from other states on a reciprocal basis.

These rules and practices were modernized and codified in the United Nations Law of the Sea (UNCLOS) convention in 1982 that defined rules on what are territorial waters, exclusive economic zones and rights of vessels in peacetime for innocent passage and transit.

States that signed and ratified UNCLOS agreed to a set of rules that facilitated navigation and trade. Historical or prior claims that states may have had to territorial waters beyond UNCLOS were extinguished after it came into force in 1994.

Most countries, including China, signed and ratified UNCLOS. The United States signed but did not ratify, though it voluntarily abides by most of its provisions.

More than anything else, freedom of navigation has allowed globalization and free trade to flourish.

And yet it’s now being threatened by China which, in violation of UNCLOS treaty obligations, has staked claims to an area of the South China Sea (the so-called nine-dash line) that’s larger than Western Europe from Poland’s eastern border to the English Channel.

What are the implications?

Potentially, Chinese claims on the South China Sea can expand to the East China Sea and the Yellow Sea. A modest fee or tax on trade that is currently free could yield a fortune in revenues for China.

Ships from countries that include the U.S., Canada, Japan, South Korea and Taiwan could be forced to pay up or reroute around Chinese claims.

If the precedent set by China spreads, it could lead to other regimes seeking control of choke points like the Persian Gulf’s Strait of Hormuz, the Bab al-Mandab Strait between Yemen and the Horn of Africa, and other waterways through which the vast majority of global commerce flows.

Globalization and free trade, in effect, will revert back to the pre-19th century, when pirates and shakedown artists ruled the High Seas.

This year’s theme at the World Economic Forum gathering in Davos, Switzerland is “Creating a Shared Future in a Fractured World.”

Yet scant attention is being paid to the importance and value of freedom of navigation to free trade and global commerce. Little concern has been shown by global elites about the erosion of the UNCLOS regime caused by China’s sea grab. 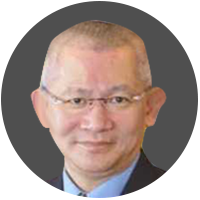