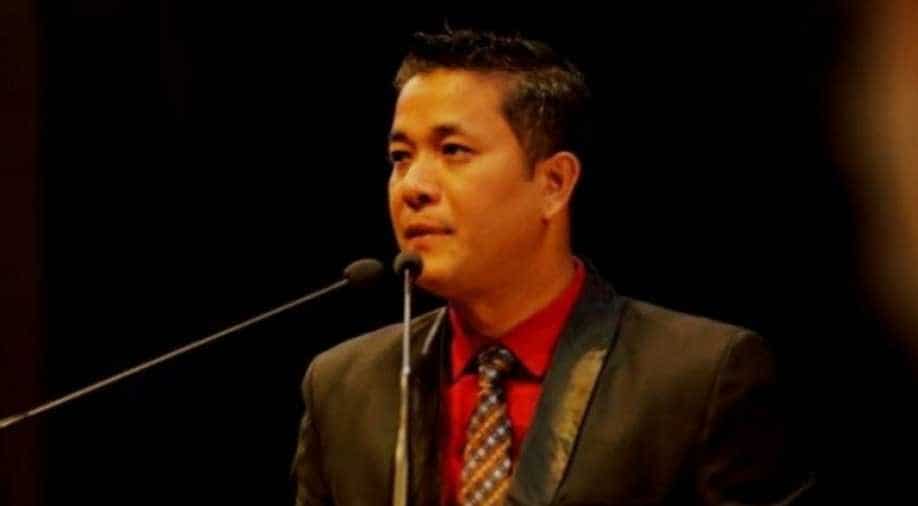 Wangkhem had said in a Facebook video that the state government was celebrating Rani Jhansi's birth anniversary because CM Biren Singh was a 'puppet of the Centre'.

An Imphal-based journalist, who was detained last month under the stringent National Security Act (NSA), will remain in custody for 12 months, according to a Manipur government order which said his activities were "prejudicial to the security of the state and maintenance of public order".

The District Magistrate of Imphal West had ordered the detention of Kishorechand Wangkhem, a 39-year-old journalist who works for a local TV channel, on November 27 allegedly after he uploaded videos criticising the BJP-led governments in Manipur and the Centre for observing Rani Jhansi's birth anniversary.

The videos which he had uploaded on November 19 in both English and Meitei were not related to his official work, officials had said.

According to a state home department statement issued on December 14, the Advisory Board of the National Security Act (NSA), in its sitting held on December 11, had examined the allegations levelled against the journalist, Kishorechand Wangkhem.

On December 13, the board recommended that there were "sufficient grounds" to detain Wangkhem under the provisions of the NSA, the statement said, without elaborating on the allegations against him .

Manipur Governor Najma Heptulla has approved the advisory board's recommendation on detention of the journalist under the NSA, according to the statement.

"The Governor of Manipur after considering the proximate past activities of the detenu and potential danger of his activities which are prejudicial to the security of the State and maintenance of public order and there is apprehension of his continuing to act in similar prejudicial activities, the moment he is released from detention, ....The said person should be detained for the maximum period of 12 months as provided under Section 13 of the said Act," the statement said.

In consonance with the opinion of the Board and exercise of power under Section 12 (1), the Governor has, therefore, ordered that his detention will be for a period of 12 months, it said.

According to the provision, in any case where the Advisory Board has reported that there is, in its opinion, sufficient cause for the detention of a person, the government may confirm the detention order and continue the detention of the person concerned for such period as it thinks fit.

Under section 13 of the Act, the maximum period of detention under the NSA is 12 months.

In the video clips posted by him, Wangkhem had purportedly said he was saddened and shocked to learn that the present government in Manipur was observing the birth anniversary of Rani of Jhansi, according to media reports.

He reportedly said Rani of Jhansi's deeds had nothing to do with Manipur and the state was observing her birth anniversary because the Centre had asked it to. In this context, he allegedly called Chief Minister Biren Singh a "puppet of the Centre" and a "puppet of Hindutva".

The chief minister had said that the Rani of Jhansi had played a role in the unification of India.
November 19 is the birth anniversary of Laxmibai, the Rani of Jhansi, who was one of the leading figures in the 1857 mutiny.

Wangkhem's wife Ranjita Elangbam told PTI on Wednesday that she has appealed to the MHA to "cancel" the charges against him under the NSA but has not received any reply till now.