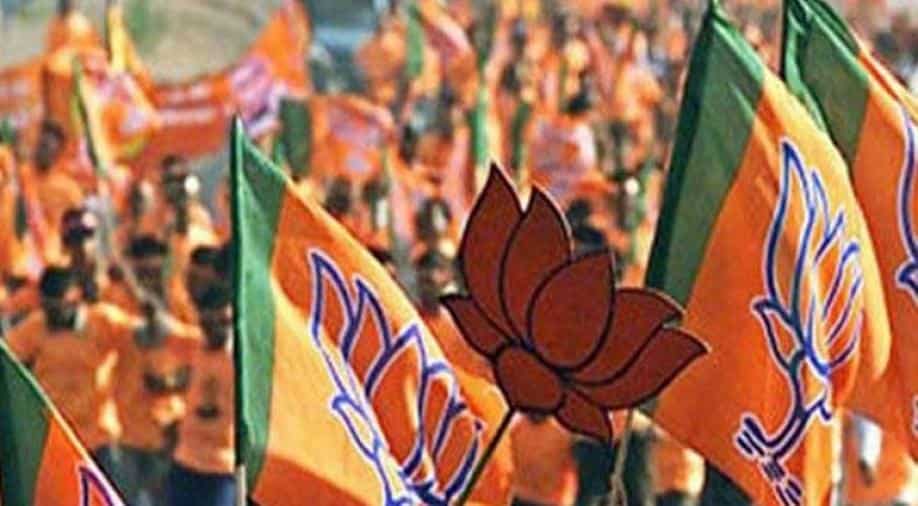 As the counting of votes in three Lok Sabha and two legislative assembly constituencies gets underway, early trends have suggested that the Bharatiya Janata Party (BJP) is leading in Shimoga parliamentary seat and trailing in the rest.

BJP's BY Raghavendra is leading over Janata Dal Secular's S Madhubangarappa by 3,906 votes at the end of the first round of counting in Shimoga parliamentary seat.

In Bellary, Congress' VS Ugrappa is leading over BJP's J Shantha, the sister of BJP leader Sreeramulu, by 45,808 votes after round three of counting, while in Mandya parliamentary seat, JD(S) is leading by 1,09,066 votes at the end of round five.

Congress' Anand Siddu Nyamagouda is leading over BJP's Kulkarni Shrikant Subrao by 7,149 votes after four rounds of counting in Jamkhandi assembly seat, while JD(S)'s Anitha Kumaraswamy is leading in Ramanagara assembly seat after third round of counting.

Counting of votes is still underway on all the five seats.

The by-poll was necessitated in Ramanagara after Chief Minister HD Kumaraswamy, who contested on two seats - Channapatna and Ramanagara - in the assembly elections earlier this year, decided to step down.

The terms for the Bellary, Shimoga and Mandya seats will be too short considering the fact that the Lok Sabha elections are due next year.