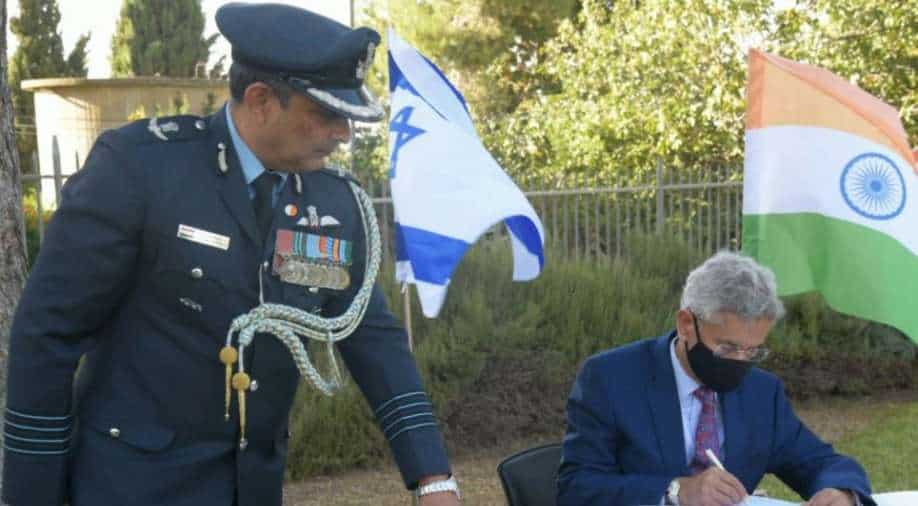 The Indian Army commemorates September 23 every year as Haifa Day to pay its respects to the three brave Indian cavalry regiments - Mysore, Hyderabad and Jodhpur Lancers - that helped liberate Haifa

India's external affairs minister S Jaishankar on Sunday began his three-day visit to Israel by laying wreaths at a cemetery for Indian soldiers who laid down their lives in the region during World War I in Talpiot, Jerusalem.

About 900 Indian soldiers are interred in cemeteries across Israel in Jerusalem, Ramle and Haifa.

Visited the Indian Cemetery at Talpiot as my first engagement in Jerusalem. Paid homage to the brave Indian soldiers who made the supreme sacrifie during World War I. pic.twitter.com/oIqWfnVlga

Jaishankar, who arrived earlier in the day on his first visit to the country as the external affairs minister laid wreaths at the Talpiot cemetery.

"I am deeply honoured to pay homage to the valiant sons of India who fought with bravery and courage in this land during WWI, bringing glory to themselves, their comrades and their motherland," Jaishankar wrote in the visitor's book.

"The valour and supreme sacrifice of these bravehearts will forever remain etched in the heart of our nation. Your heroism and selfless service is an inspiration and beacon of light that will forever guide us in the service of our country. I wish to thanks you & Commonwealth War Graves Commission for maintaining these memorials for Indian soldiers in Israel," he wrote.

The heroics of the Indian soldiers have prominently come to light during the past two decades and the story of liberation of the northern coastal city of Haifa, in what most war historians consider "the last great cavalry campaign in history", has become a household tale with its inclusion in the city's local history textbooks.

Major Dalpat Singh, widely known as the Hero of Haifa, was awarded a military cross for his bravery. Indian cavalry regiments armed with spears and swords had displayed the highest tradition of valour and cleared the enemy from the rocky slopes of Mount Carmel.