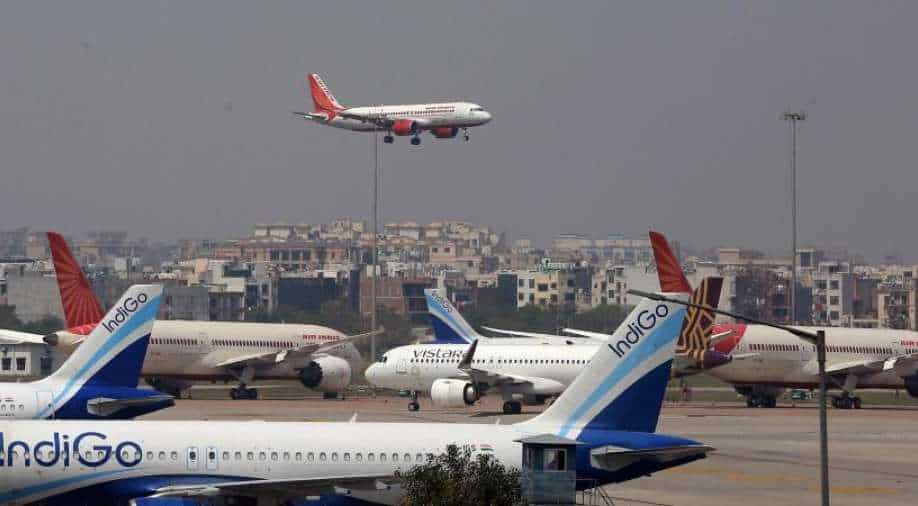 The Indian aviation authority has put the Boeing 737 fleets of Indian carriers on "enhanced surveillance" after a China Eastern Airlines aircraft of the same make crashed on Monday with 132 people on board, its chief Arun Kumar said.

When asked what steps the Directorate General of Civil Aviation (DGCA) is taking following Monday's crash, Kumar told PTI, "Flight safety is serious business and we are closely studying the situation. In the interim, we are focusing on enhanced surveillance of our 737 fleet."

A Boeing 737-800 aircraft of China Eastern Airlines, which was on way from Kunming to Guangzhou, crashed in Tengxian County in the city of Wuzhou.

China Eastern Airlines -- one of China's three major air carriers -- has grounded all of its Boeing 737-800 aircraft after the crash on Monday.

There were no foreigners among the 132 people -- 123 passengers and nine crew members -- on board the Chinese passenger plane which crashed, official media reported.

Boeing 737 Max aircraft is an advanced version of Boeing 737-800 and both belong to the 737 series. The US-based aircraft manufacturer Boeing did not respond to PTI's request for a statement on the matter.

Two Boeing 737 Max aircraft were involved in accidents in the six month period between October 2018 and March 2019, killing a total of 346 people. Following these two accidents, the DGCA had banned Boeing 737 Max planes in India in March 2019.

After Boeing made necessary software rectifications to the satisfaction of the DGCA, the ban on the aircraft's commercial operations was lifted after 27 months in August last year.

SpiceJet, Vistara and Air India Express did not respond to PTI's request for a statement on the DGCA's decision to put their 737 planes on enhanced surveillance.

US aviation regulator FAA said it "is aware of reports that a China Eastern Airlines Boeing 737-800 plane crashed this morning in China. The agency is ready to assist in investigation efforts if asked."