India, Germany to focus on trade, economic relations at IGC: Merkel ahead of Delhi visit 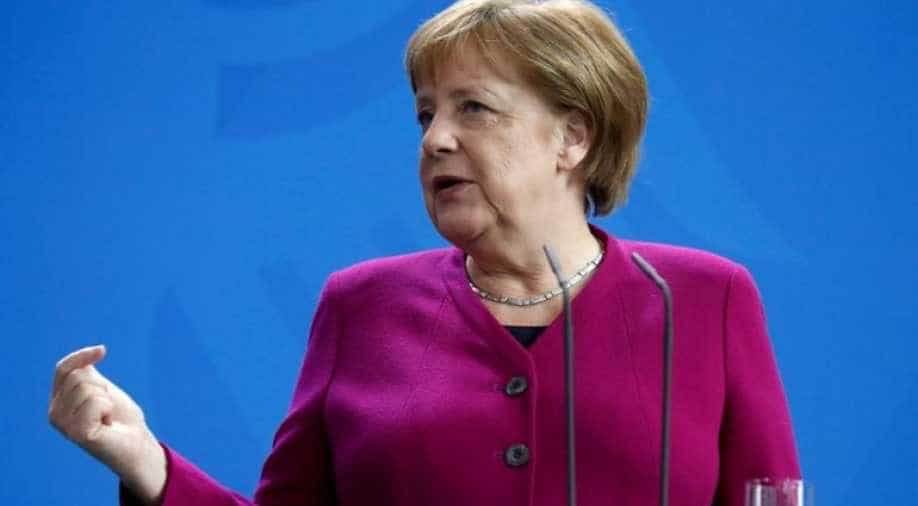 Merkel said that the focus of the talks between the two sides would be on economic and trade relations, climate protection, and sustainable development, among other areas.

Ahead of her official visit to India, German Chancellor Angela Merkel on Saturday expressed happiness over her scheduled meeting with Prime Minister Narendra Modi at the upcoming fifth biennial Inter-Governmental Consultations (IGC) in New Delhi.

She informed that the focus of the talks between the two sides would be on economic and trade relations, climate protection, and sustainable development, among other areas.

As per an unofficial translation of Merkel`s statement tweeted by the Indian Embassy in Germany, the discussions between the two sides would also touch upon foreign and security policy issues, as well as how the two countries could work together towards climate protection and sustainable development.

"It is my fourth visit to India and I am happy to meet Indian Prime Minister Narendra Modi and to discuss with him about our bilateral relations. IGCs give us the opportunity to talk about the whole breadth of the future of our relationship. This time, the focus will be economic and trade relations, innovation and digitalisation, and climate protection and sustainable development," the statement read.

"Additionally, we will talk about how we can work towards climate protection and sustainable development in our relationship. We will also discuss foreign and security policy issues -- that means that our discussion will cover a large spectrum," it added.

The German Chancellor added that she is impressed by the "developmental dynamic of India" and how the country has rapidly developed over the past few years.

"All of us know that India has great potential. Therefore it is important that we, as Germans, the largest trade partner of India in the EU (European Union), work further for the strengthening of our relationship and learn from India and also are able to use our technological development in India."

"That would be a win-win situation for both countries," Merkel concluded.

Merkel will visit India on November 1 at the invitation of PM Modi. She will be accompanied by several ministers and state secretaries of the federal government, as well as a high-powered business delegation, the Ministry of External Affairs (MEA) said in an official statement.

"Under the IGC format, the counterpart ministers from both countries will hold initial discussions in their respective areas of responsibility. The outcome of these discussions will be reported on at the IGC co-chaired by the Prime Minister and the Federal Chancellor of Germany," the MEA statement said.

During the IGC, the two sides will discuss the deepening of cooperation in traditional sectors such as transport, skill development, and energy, and explore possibilities for cooperation in newer areas like green urban mobility and Artificial Intelligence (AI).

Modi and Merkel will also exchange views on regional and global matters of mutual interest. Both leaders will have a separate engagement with CEOs and business leaders of both countries, the statement said.

"India and Germany have established a strategic partnership that is characterised by a high degree of trust and mutual understanding. The two leaders have regularly interacted on the sidelines of multilateral meetings. Germany is a leading trade and investment partner," the statement read.

Last month, Merkel had met Modi on the sidelines of the 74th session of the United Nations General Assembly in New York.

The two leaders held wide-ranging dialogues on several issues. In April last year, Modi made a brief stopover in Berlin and met Merkel after his visit to Sweden and Britain.