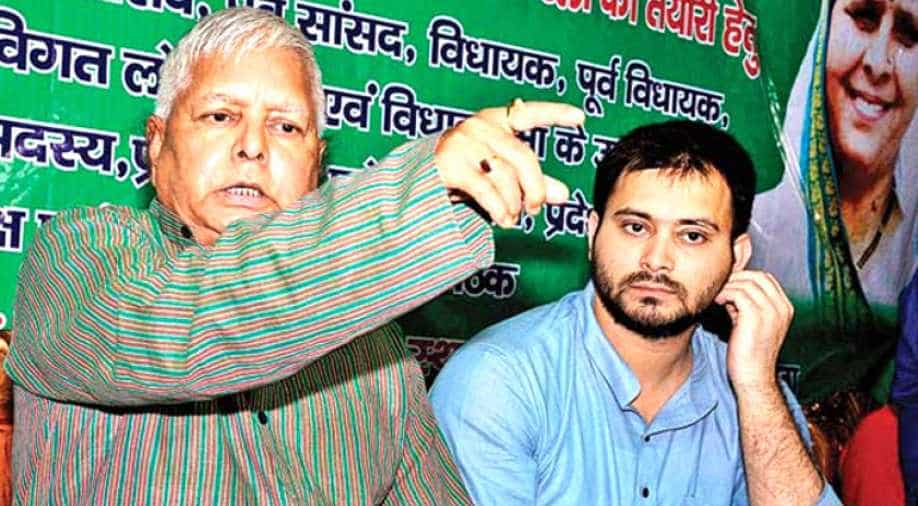 The property in question is reportedly worth Rs 40 crore and was purchased using unaccounted money in Delhi's New Friends Colony, news report said Sunday. The reports added that the property was purchased in 2007 -- in the name of AB Exports -- when Lalu Prasad was railway minister in the UPA government.

The I-T department had last year attached the property, ninety-eight per cent of the shareholding of which is with Tejashwi and the remaining 2% with Chanda, the reports said.

The reports quote the I-T department as saying the directors of the shell company transferred all the rights and shareholding of the company to Tejashwi Yadav in 2010-11, soon after Lalu demitted office, in exchange for Rs 4 lakh.

The dossier comprises witness statements after interrogating half a dozen accused. The income tax department is planning to produce the statements in court as evidence that the owners of the property were Lalu's children.

The reports quote a senior I-T official as saying that from the statements it is evident that the witnesses were working as intermediaries to convert unaccounted cash into white money in the guise of unsecured loans.

The dossier also has documentary evidence to prove the loans were received from bogus shell companies.

If the case goes to trial and if convicted, Lalu's children may face a jail term of upto seven years. A politician who has been convicted is also debarred from contesting elections for six years, in addition to the prison term served by him or her.

Lalu Prasad was recently convicted in a fodder scam case and sentenced to three-and-a-half years in jail.