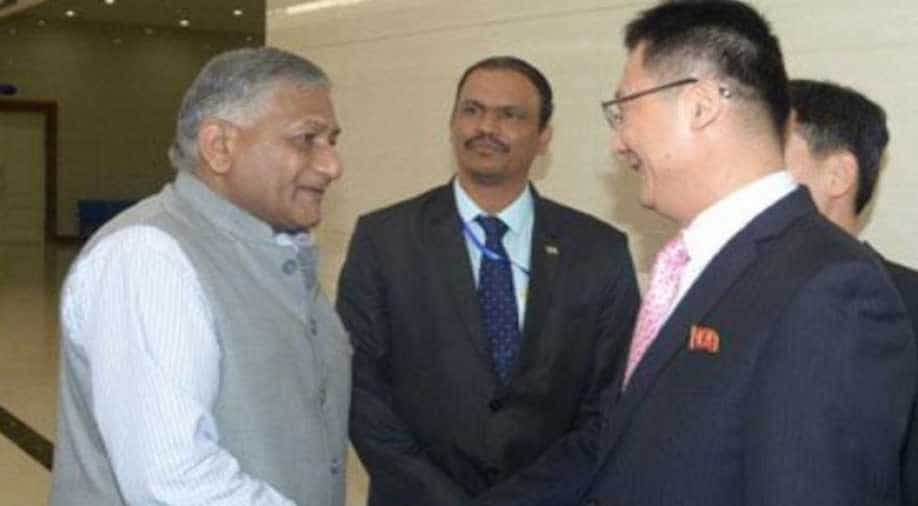 India and North Korea had established diplomatic relations in December, 1973, this year marks the 45th anniversary of relations between the two countries.

The moves comes as President Trump is due to meet North Korean leader Kim Jong Un in Singapore next month. Kim had met South Korean president  Moon Jae-in along the DMZ last month and had announced moves to "denuclearize" his country.

During the visit, VK Singh held discussions with the Kim Yong Dae, vice-president of the praesidium of the Supreme People's Assembly, Ri Yong Ho and foreign minister Pak Chun Nam.

The North Korean side provided an overview of some of the recent developments in the Korean Peninsula, sources said.

On his part, VK Singh reiterated India’s support to the joint peace initiative between North and South Korea encouraging both sides for their efforts towards establishment of peace and prosperity on the Korean Peninsula.

VK Singh also highlighted the threat from nuclear proliferation, in particular, India's concern in the context of the proliferation linkages with India's neighbourhood, sources added.

The North Korean side emphasized that "as a friendly country it will never allow any action that would create concerns for India's security."