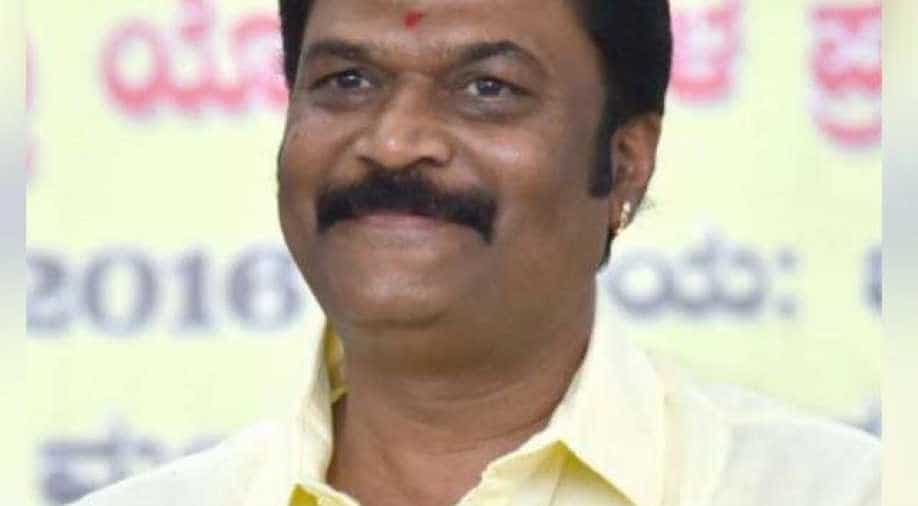 A little after BS Yeddyurappa was sworn in as Chief Minister of Karnataka, Congress leaders and the party's Karnataka MLAs began protesting outside the Vidhan Soudha.

The JD(S)'s HD Kumaraswamy and his father HD Deve Gowda joined them.

There was however one Congress MLA missing — Anand Singh.

Singh, a mining baron who joined the Congress from the BJP just before the Karnataka elections, was also missing from the Congress Legislature Party meeting yesterday.

"He is in (the) clutches of Narendra Modi," Suresh added.

Kumaraswamy was even more forthcoming.

"Modi government is misusing institutions of central government," he said.

"I know they are threatening MLAs.

All MLAs are here except Anand Singh, he is in clutches of Narendra Modi: DK Suresh, Congress MP at Vidhan Soudha in #Bengaluru pic.twitter.com/2h8F3q0IKF

Modi govt is misusing institutions of central govt. I know they are threatening MLAs. Anand Singh (Cong MLA) told 'they are using ED, I had a case in ED & they are going to screw me. I'm sorry I have to protect my interest,' another Cong MLA who spoke to Singh told me-Kumaraswamy pic.twitter.com/QrzW8eHeAR

Kumaraswamy then said Singh had told another Congress MLA that, "They are using ED, I had a case in ED and they are going to screw me. I'm sorry I have to protect my interest."

Kumaraswamy added that he had learnt what Anand Singh had said from the second Congress MLA.