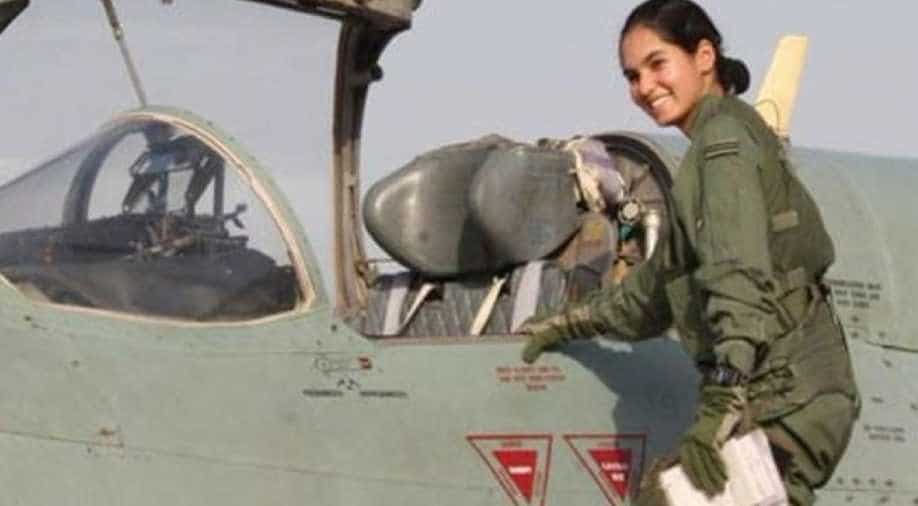 The flying officer is among the first batch of three women officers who were commissioned as fighter pilots in the IAF in June 2016.

Chaturvedi flew solo in a MiG-21 Bison fighter aircraft over Jamnagar Air Base on February 19 for around 30 minutes becoming the first woman to do so.

She did her schooling from Deoland, a small town in Shahdol district of Madhya Pradesh.

Completing her Bachelors in Technology from Banasthali University, Rajasthan in 2014, she passed the Indian Air Force exam.

Chaturvedi always wanted to conquer the skies and hence joined the Flying Club in her college. She also likes to play chess, table tennis and to do sketching, painting.

Chaturvedi's achievement has put India on the list of the countries such as Britain, the United States, Israel, and Pakistan, where women are allowed to fly fighter jets.

On Thursday, the first time journalists were allowed access to her since she throttled up alone in a MiG-21 fighter plane just over two weeks ago.

Asked about how does it feel being the first female fighter pilot, Flying Officer Avani says, "Machine doesn't know your gender.  Be it a boy or a girl, you've to be competent, the Indian Air Force doesn't discriminate. To make the 30 mins of sortie work you've to do a lot of groundwork, the contribution of the team that supports is immensely important."

"I've done my schooling from a Hindi medium school. The journey of being a fighter pilot has been about a lot of learning. I'm still in the training phase of being an independent pilot," Avani added.