In Photos: Priyanka Chopra in her second Hollywood film 'A Kid Like Jake' 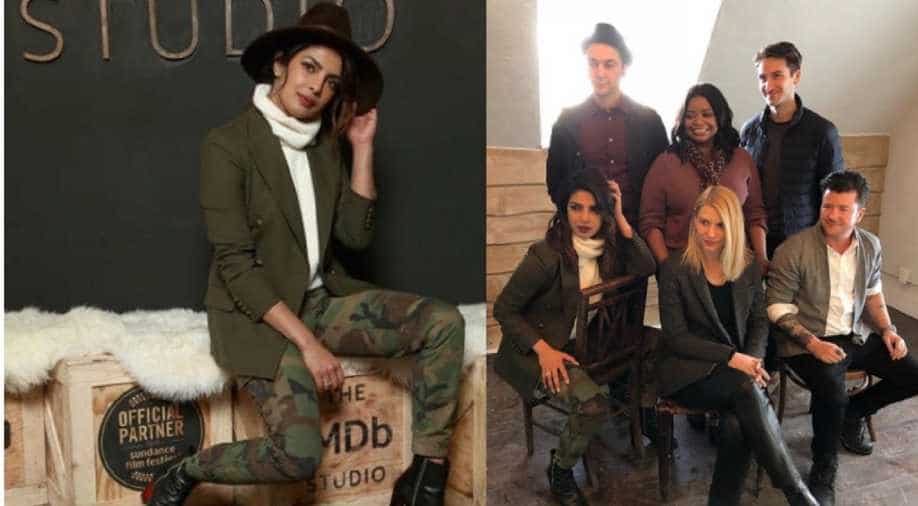 Priyanka Chopra is currently attending Sundance Film Festival 2018 taking place from January 18 till January 28 where her second Hollywood film "A Kid Like Jake" will premiere tonight.

The movie will be screened at 9.30 pm local time at the Eccles Theatre, followed by daily screenings of other movies of the year at other venues.

See some pictures of Priyanka with the cast of the film from Sundance venue:

These people yo!!! #Repost @therealjimparsons with @get_repost ・・・ Waiting to do that interview thang with @priyankachopra and @octaviaspencer @akidlikejake #sundance

So proud to be a part of #AKidLikeJake, a story that humanizes the struggle of parents trying to do right by their kid. This film breaks down the barriers of being socially correct, and encourages you to embraces the qualities that makes each one of us unique. So happy to bring my support to this already stellar cast. See you at the pictures... ???????? #SundanceFilmFestival

The movie starring the desi actor alongside Claire Danes, Jim Parsons and Octavia Spenser is helmed by Silas Howard -- and is based on the acclaimed play of the same name by Daniel Pearle, who has also written the movie’s screenplay. It chronicles the story of a young boy, Jake, who does not conform to gender roles. As his parents, Alex and Greg, grapple with how best to raise Jake, their own marriage is put to the test.

In the movie, Claire Danes and Jim Parsons play Alex and Greg respectively while Priyanka has a supporting role with Octavia Spenser.