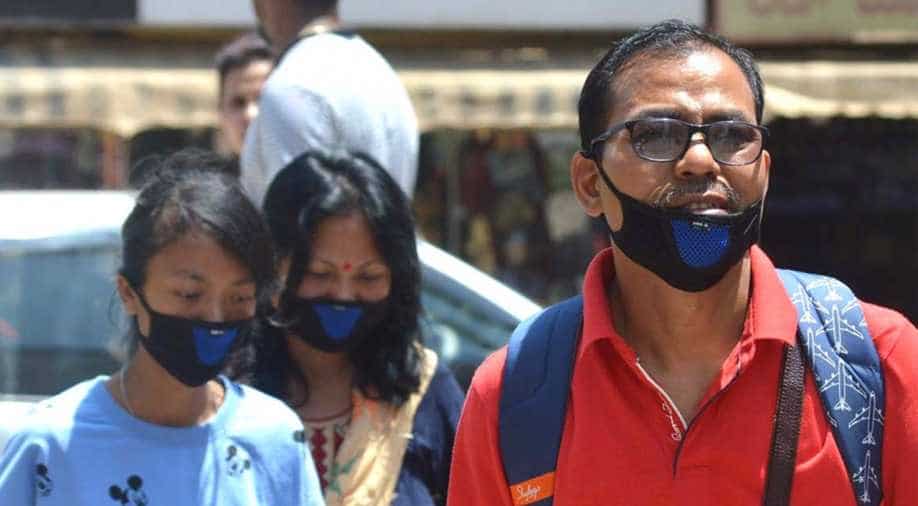 Gautam Buddh Nagar in western Uttar Pradesh adjoining Delhi is among the 15 districts in the state where hotspots (areas that have recorded multiple COVID-19 cases) of coronavirus cases have been sealed.

Two people who attended the Tablighi Jamaat congregation in Delhi's Nizamuddin are among 16 fresh cases of coronavirus in Gautam Buddh Nagar, taking the district's virus tally to 80, officials said.

Gautam Buddh Nagar in western Uttar Pradesh adjoining Delhi is among the 15 districts in the state where hotspots (areas that have recorded multiple COVID-19 cases) of coronavirus cases have been sealed.

The 16 fresh cases were reported on Monday.This is the sharpest single day spike for the district where the first case was recorded on March 5, according to officials.

"On Monday, results of 244 samples were obtained of which 228 were negative and 16 positive. Total cumulative positive cases of coronavirus in Gautam Buddh Nagar so far is 80," district Surveillance Officer Sunil Dohare said in a statement on Monday night.

Thirteen patients have been cured, while another nine will be discharged on Tuesday, the officer said, adding that 58 people are undergoing treatment.

Of the 16 new cases, nine are reported from Sector 5 and 8 in Noida and linked to private firm Cease Fire, which is already under government scanner for triggering a chain of cases. An FIR was registered against the firm on March 29.

Three cases are related to Fortis Dialysis Unit, where a female paramedic staff had first got infected and now three more people linked to her have tested positive, said Narendra Bhooshan, officer-in charge for Covid-19 response in the district.

Two people, who had attended the Tablighi Jamaat congregation in Delhi's Nizamuddin in March and are from Kulesara village in Greater Noida, have also tested positive for coronavirus, Bhooshan said.

Apart from them, one person from Sector Eta 1 in Greater Noida, while one healthcare professional have tested positive for the novel virus, he added.

"All positive patients were already in quarantine and under observation from the last few days. Their condition is stable," Surveillance Officer Dohare said.

The Health Department stated that 119 test samples were collected on Monday.