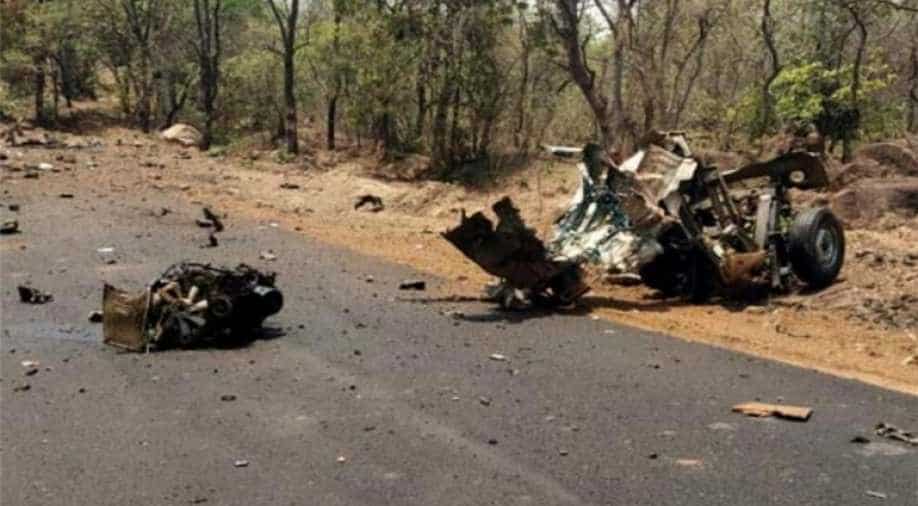 The Naxals who were killed by the security forces have been identified as - commander Muchaki Hidma, Muchaki Bhima and Sodhi Deva.

Three Naxals including a commander carrying a reward of Rs 1 lakh on his head were gunned down by the security forces in Sukma district on Saturday, Chhattisgarh police on Sunday said.

Briefing about the encounter, Sukma Superintendent of Police (SP), Shalabh Sinha said that an INSAS rifle, live cartridges and an IED container were recovered from the possession of the deceased Naxals.

The Naxals who were killed by the security forces have been identified as - commander Muchaki Hidma, Muchaki Bhima and Sodhi Deva.

The commander Muchaki Hidma was recently released from jail, the police said.

Sinha explained that the security forces swung into action after they got a tip-off that the Naxals were blocking a road near Mukram and keeping villagers in hostage.

"One team of District Reserve Guard went to the spot but the Naxals fled towards a jungle near Tadmetla. While following them, the encounter broke out between the security forces and Naxals." "Soon after, the Naxals ran away and after inspecting the area, we recovered three dead bodies.