'America First' and 'Make in India' not incompatible: US ambassador to India 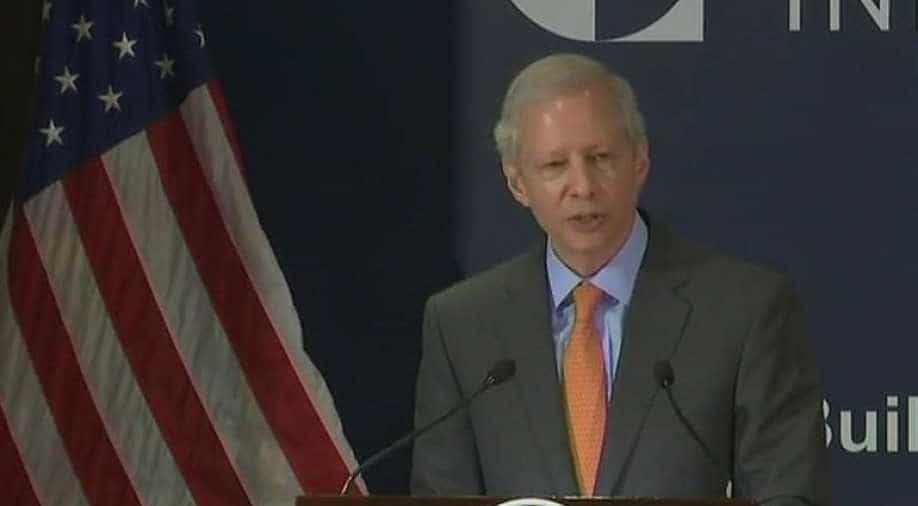 "America First" and "Make in India" are not incompatible, US Ambassador to India Kenneth I Juster said in Delhi on Thursday.

Rather, he said, investing in each other's markets will be mutually beneficial, will increase economic interactions, and the volume of trade.

Juster added that a number of US companies have reported increasing difficulties in conducting business in the largest market in the region -- China -- and that India can "seize this strategic opportunity through trade and investment" to become an alternative hub for US business in the Indo-Pacific region.

Juster was making his inaugural policy speech on US-India relations in New Delhi.

Juster said Afghanistan is one example of areas of cooperation where "we both have a strong interest in promoting peace, security and prosperity".

"Our leaders are committed to supporting Afghanistan and helping build that country's democratic institutions," he added.

Pakistan he said is also important to the situation in Afghanistan, adding that "I don't think we are going to get stability and security in Afghanistan if Pakistan does not contribute positively to that".

Juster added that "that was really (a) major impetus in suspending security assistance to Pakistan because we feel they have not done all that they could to try to eliminate terrorist sanctuaries in Pakistan that are contributing to unrest in Afghanistan."

"President Trump and other US leaders have been clear that we will not tolerate cross-border terrorism or terrorist safe havens anywhere.  As part of this effort, last month we launched the first-ever US-India Counter-Terrorism Designations Dialogue," Juster said.

"We want to promote respect for sovereignty and territorial integrity, guarantee freedom of navigation over flight and commerce and other lawful uses of the sea, ensure territorial and maritime disputes are resolved peacefully consistent with international laws," he said.

Continuing in his America First vein but saying somewhat the opposite, Juster said the "US is probably as open a country as any in the world and we probably take more immigrants per year compared to any other country. We are a country of immigrants and that has helped drive our economy, made us what we are, that is not going to change."

Finally, he added that the "US was working with partners to secure" India's membership to the Nuclear Suppliers Group.