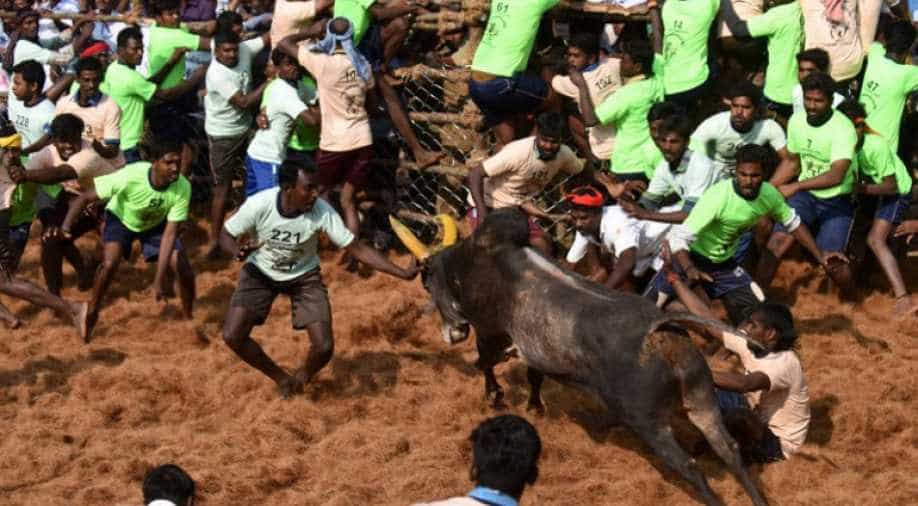 One man died at a Jallikattu event in Palamedu in Madurai district of Tamil Nadu on Monday.

News reports said the man, 19, was a spectator. He has been identified as S Kalimuthu of Sanarpatti in Dindigul.

Kalimuthu was gored to death by a bull near the finish point of the bull run where owners collect their animals.

News reports said more than 25 people were injured at the event, of which six people have been admitted to hospital.

The reports said some 1,200 bulls were used at the event. And that an equal number of policeman were present.

On the first day of the event, on Sunday, some 79 people were injured.

Jallikattu was banned by the Supreme Court in 2014, the petitioners had alleged extreme cruelty to the animals.

But after massive protest and campaigns, Tamil Nadu enacted a law to bypass the court's verdict.