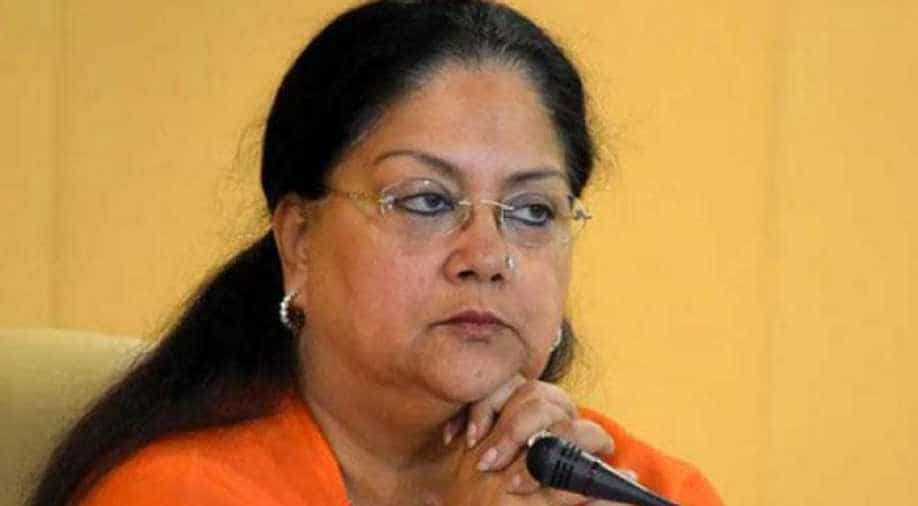 Raje won the Jhalrapatan seat with a margin of 34,980 votes by defeating her nearest rival and Congress leader Manvendra Singh. She had won the seat in 2013 elections with a margin of 60,896 votes.

As many as 13 of 19 ministers in the outgoing Vasundhara Raje government have lost the Assembly elections in Rajasthan as results and trends brought electoral reverses for the ruling BJP.

However, Chief Minister Vasundhara Raje and her five cabinet colleagues have won their respective constituencies.

The chief minister won the Jhalrapatan seat with a margin of 34,980 votes by defeating her nearest rival and Congress leader Manvendra Singh, the son of veteran BJP leader Jaswant Singh.

Khan lost the Muslim-dominated seat of Tonk to Pradesh Congress Committee President Sachin Pilot with a margin of 54179 votes. He was the only Muslim candidate fielded by the BJP in the state.

PHED Minister Surendra Goyal (Jaitaran) and Devsthan Minister Rajkumar Rinwa (Ratangarh) had turned rebel after the BJP denied them ticket and they contested the elections as Independents. Both have lost their respective seats.