As Man U does better, Mourinho feels better 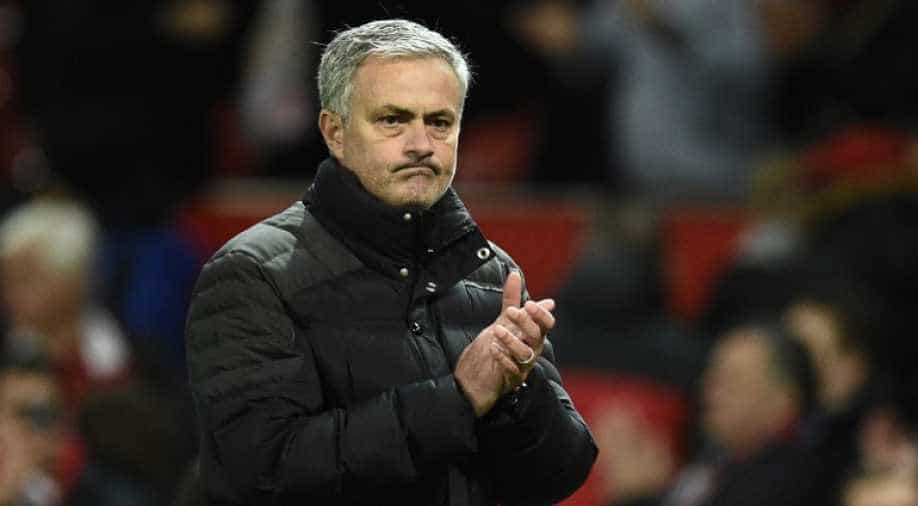 Manchester United head into their Boxing Day fixture against Sunderland on the back of three consecutive Premier League victories and with the Champions League places almost within reach. Photograph:( AFP )

Manchester United manager Jose Mourinho says he has started to feel "really at home" at Old Trafford and believes foundations are in place to bring success back to the club.

Mourinho endured a difficult start to life in Manchester after succeeding Louis van Gaal, but the Portuguese's impact has started to be felt in recent weeks.

United head into their Boxing Day fixture against Sunderland on the back of three consecutive Premier League victories and with the Champions League places almost within reach.

"What I can say is that in here I felt people with open arms. A very calm, and intelligent, board and owners. They know what they want," Mourinho said.

"They have big experience already. Very calm, very pragmatic, giving me good conditions to work and the players and people that surround me.

"I felt (aware of) some sadness because people that love football, they want to be successful and everybody tries to help to go in the same direction.

"For me it was easy to come. A difficult job, but easy now to feel at home.

"Easy to feel good in the club, easy to feel that the club wants to progress, the people want to be happy again and I felt good immediately.

"So five, six months here, but really feeling at home. For me it was quite easy.

"Obviously expectations are high, results up and down, we are in a position that is not the position where we want to be.

Mourinho is again set to start with striker Zlatan Ibrahimovic against Sunderland, the 35-year-old having taken his United tally to 16 goals with a brace in last weekend's 2-0 win at West Bromwich Albion.

He paid tribute to the endurance of the former Sweden international and his ability to cope with the rigours of English football despite his advancing years.

"He scores goals, plays well, I'm really happy for him because he will end his career on high, not in America or China. He's ending his career at the top.

"His record is good. He can improve. With no penalties, that is amazing too. Normally other guys that are top scorers have a lot of penalties.

"He had one penalty in 17 matches. I couldn't be happier with him."

Mourinho is still without Luke Shaw (groin), but otherwise has a full complement of defenders to choose from with Marcos Rojo, Daley Blind, Phil Jones, Chris Smalling and Eric Bailly all available.

Sunderland manager David Moyes goes back to Old Trafford in charge of a team for the first time since he was sacked by United in April 2014.

Moyes was given only 10 months to make an impact after he was chosen to replace Alex Ferguson, but has no regrets about leaving Everton to take the job.

"My time there was too short, but as I have said many times, you have to win games and I didn't win enough games," said the Scot.

"It was a great experience and one I wouldn't change because of the quality of the players and professionalism I found."

Former United players Donald Love and John O'Shea could be in the Sunderland side, but Adnan Januzaj, who is on loan from Old Trafford, is not eligible to face his parent club.

"I will feel that I'm going into a difficult game and for us to get a result we will have to play really well," said Moyes.

"Nevertheless we are in pretty good shape as well. We have had a pretty good run, so we want to go there and do well."